Maureen Esisi, the ex-wife of Nollywood actor Blossom Chukwujekwu, has apologized for laughing at her ex-husband’s new wife, Ehinome Akhuemokhan. On Friday, May 20, Blossom tied the knot with Ehinome in a traditional ceremony held in Benin, Edo State, which sparked congratulatory messages on social media.

However, some Nigerians stormed Maureen’s page to mock Ehinome, saying Blossom dumped his ex-wife who was described as a “hot thang” for an older-looking woman.

Taking to the comment section of the post, Maureen wrote, “hahahahahahahahahaha”, a response that many felt was insensitively made to mock Ehinome. 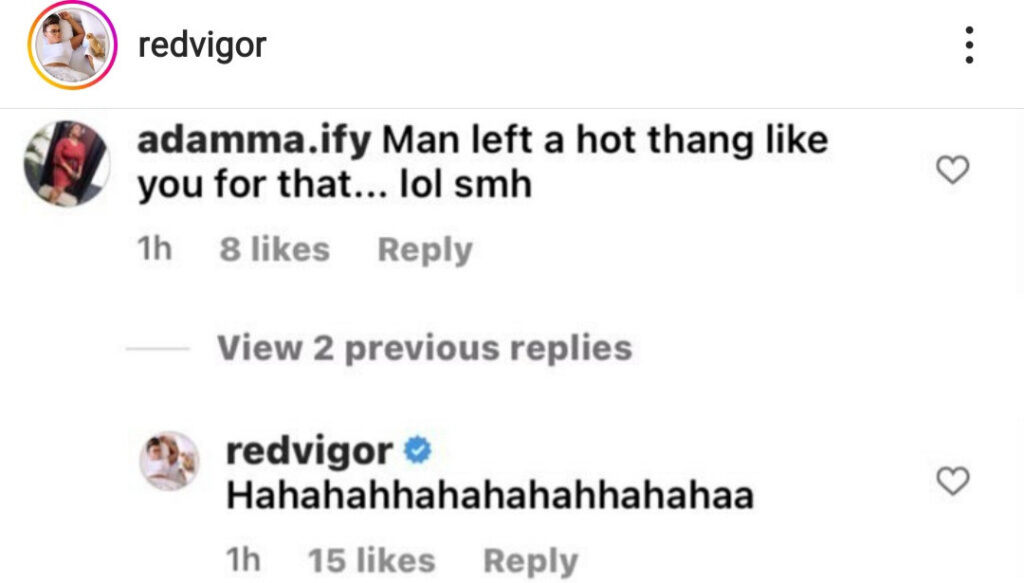 Amid the backlash, Maureen returned to Instagram this morning to apologize and clarify that her comment wasn’t directed at Ehinome. She said it was careless of her to laugh, noting that no one deserves such cruelty on their big day.

She wrote, “I tried to find the actual comment where this was made and I couldn’t find it. I guess the Adamma lady must have been trolled enough to go look for her comment and take it down. It’s extremely important to me that I clear the air cos really, no bride should go through such EVER”.

“I actually had to reach out to a blog to see if they got the full munch but that was how it was munched by them. But pls I still must clarify this. The “hahahahhahahaha” comment was meant for one of those two comments under that comment and not the Adamma’ comment”.

“Someone had called me all sorts of horrible names and I had at-ed the person and commented the “hahahahhahahaha” but I guess I didn’t double-check it before posting my comment so it got posted without the person’s handle making it look like I was replying Adamma instead of the troll.

“I know I play just too much but I would NEVER EVER be that mean to anyone ever and NOONE deserves such cruelty and of all days, on their Big day. All Said, I apologize to the lovely bride, it was very careless of me I’m Truly Sorry” she added. 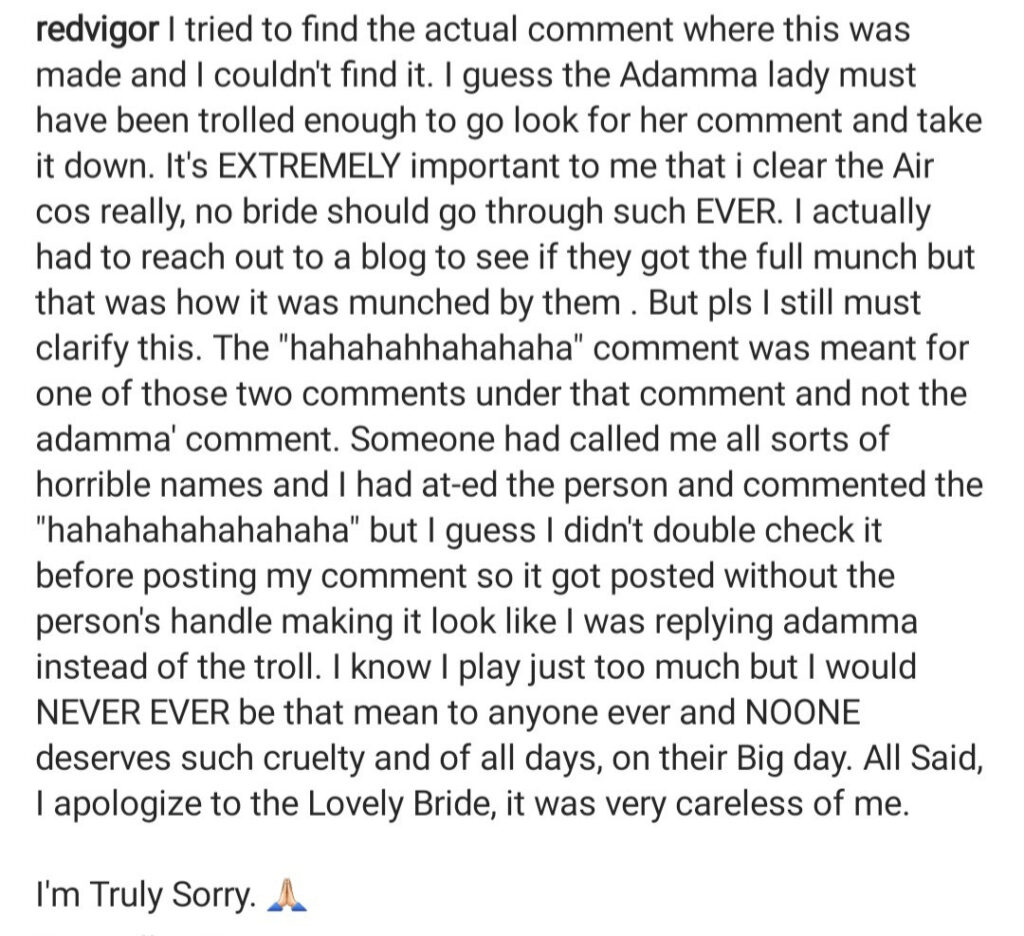