Former Minister of Science and Technology, Ogbonnaya Onu has urged delegates of the ruling All Progressives Congress (APC) to ensure justice and fairness in choosing their presidential candidate for the 2023 elections. 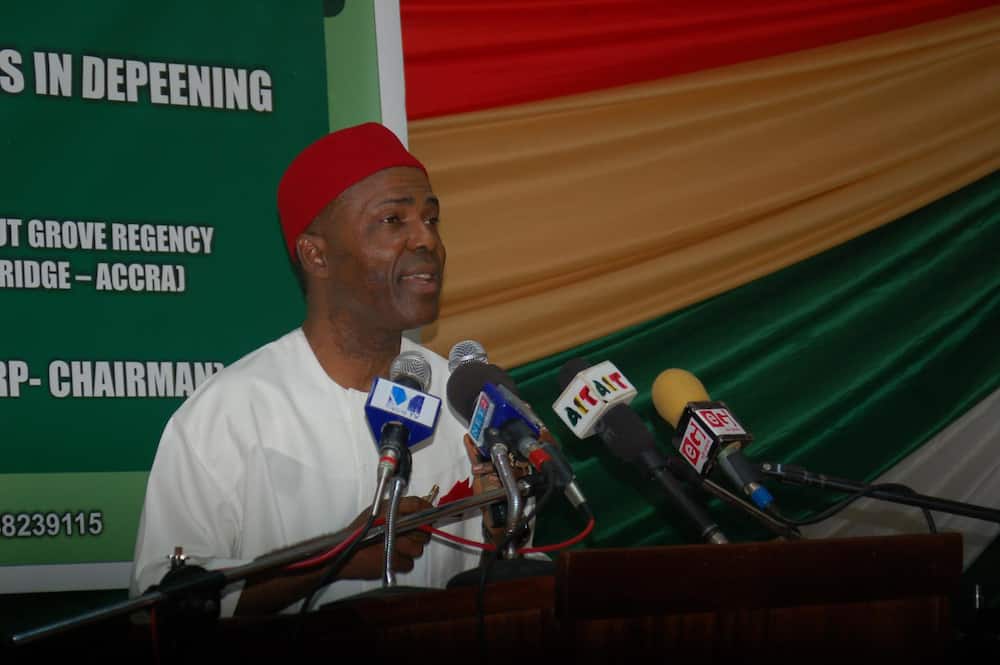 Addressing delegates at the ongoing national convention of APC in Abuja, the presidential aspirant said that the next president of Nigeria should come from the South-East.

Onu said he will focus on science and technology with massive investment in education and to establish a ministry of national unity and values among others, if elected as the party’s flagbearer.

“Using science, technology and innovation, encouraging entrepreneurship and ensuring Nigerians are educated; and making it compulsory at the primary and secondary levels, will make Nigeria ranked in the stature of the USA and China.

“That is why I decided to run for President and make sure we build a nation that every Nigerian will be happy to be a citizen of.

“We will allocate two per cent of the GDP to science, technology and innovation within two years. We will create a N1tn fund for job creation, especially for the youths.

“I appeal to the leadership of the APC, you know the role I played in bringing the APC into being. I paid for the money that was used to register for the party (in 2014). We must uphold the motto of the APC to ensure justice, peace and prosperity.

“After President Muhammadu Buhari, it should be somebody from the South-East to succeed him; it will strengthen the unity of Nigeria.

“The South-West has had eight years as President and Vice President since the inception of this Fourth Republic in 1999; the South-South have had a President in Goodluck Jonathan; where is the justice? We need to do what is right.”

Meanwhile, Yemi Osinbajo in his speech called on delegates of the All Progressives Congress (APC) to vote for an aspirant they trust and believe in.