Grammy award-winning singer, Burna Boy has reacted to the backlash he’s been facing over the alleged shooting of two fun-seekers by his police escort at Cubana Nightclub in Victoria Island, Lagos State. 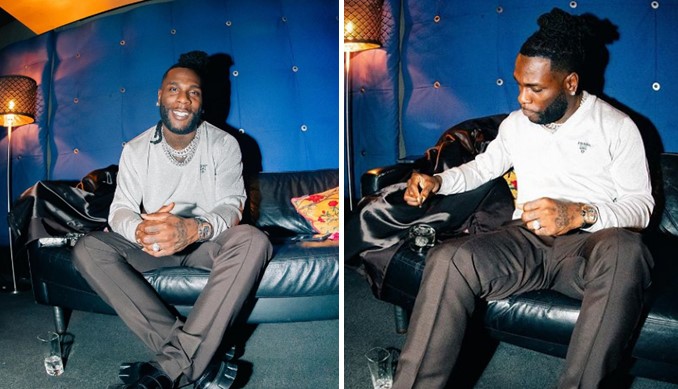 On Monday morning, Neme Briella, a UK-based Nigerian lady whose husband was shot while trying to resist Burna Boy’s approach, shared her own side of the story.

Following her revelation, many people have been calling on Burna Boy to apologize for the shooting incident instead of ‘displaying rudeness’.

READ:  Ademola Adeleke Dances To Buga On His First Day At Work As Osun Governor [Video]

On Friday, a video emerged on social media showing the singer saying that people do not like seeing him happy.

In the video, Burna Boy who was filmed dining in a restaurant, said people don’t like it whenever they see him smiling.

He said that despite how people feel towards him, God who is the author and finisher of his faith is superior to them.

READ:  Shakira Breaks Up With Gerard Pique After 12 Years Relationship Amid Cheating Allegation

READ:  Nigerian Celebrities Who Made The List Of Most Searched Person On Google in 2018