The Action Peoples Party (APP) has threatened to drag the presidential candidate of the All Progressives Congress (APC), Bola Tinubu, to court to challenge his academic qualifications to stand for the 2023 presidential election. 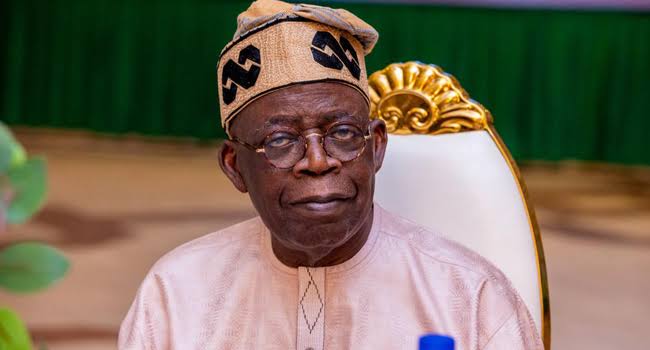 KanyiDaily recalls that the APC presidential candidate had told the Independent National Electoral Commission (INEC) that he didn’t attend primary and secondary schools.

Tinubu, however, claimed he had two degrees from two American universities, but his certificates were stolen by unknown soldiers during the military junta of the 1990s.

The documents he submitted to the INEC on Friday showed Tinubu left the columns for his primary and secondary education unmarked.

But he said he obtained a degree in business and administration in 1979, apparently referring to his previous claims of attending the Chicago State University.

“I went on self-exile from October 1994 to October 1998. When I returned I discovered that all my property, including all the documents relating to my qualifications and my certificates in respect of paragraph three above, were looted by unknown persons.

“My house was a target of series of searches by various security agents from the time the Senate of the Federal Republic of Nigeria was forced to adjourn following the military takeover of government of 17th November 1993.

“I was the chairman of the Senate committee on appropriation, banking and finance. I was also a plaintiff in one of the two suits against the interim national government in 1993.

“I went on exile when it became clear to me that my life was in danger,” Tinubu said in his claim to the INEC.

READ:  2023: I'll Carry Everybody Along If Elected As Nigeria's President - Amaechi Promises

APP To Drag Tinubu To Court Over Academic Qualifications

Reacting in a statement on Friday, APP Chairman, Uche Nnadi said his party would drag Tinubu to count on Monday over alleged irregularities in the academic qualifications and documents submitted by the APC candidate to the INEC.

Nnamdi, who claimed his party has enough facts to prove its case, said INEC publication of the list of candidates for 2023 elections allegedly shows that Tinubu is not eligible to contest as his forms allegedly contain false information.

“Tinubu commits perjury as he abandons his earlier claim of attending primary school, sworn in an affidavit to run for governor but now claims not to have attended primary school.

“Tinubu’s new forms contradict his 2007 affidavit that he has primary school and secondary.

KanyiDaily recalls that Tinubu claimed he’s the right candidate to rule Nigeria because he believes in himself, he’s smart, intelligent, and courageous.

2023: Soludo Mocks Peter Obi, Says Elections Are Not Done On WhatsApp Or Internet