Fast-rising Nigerian singer, Portable has reported himself at the Ogun State police station after he was invited for allegedly instigating an assault on a citizen who is said to be a disc jockey. 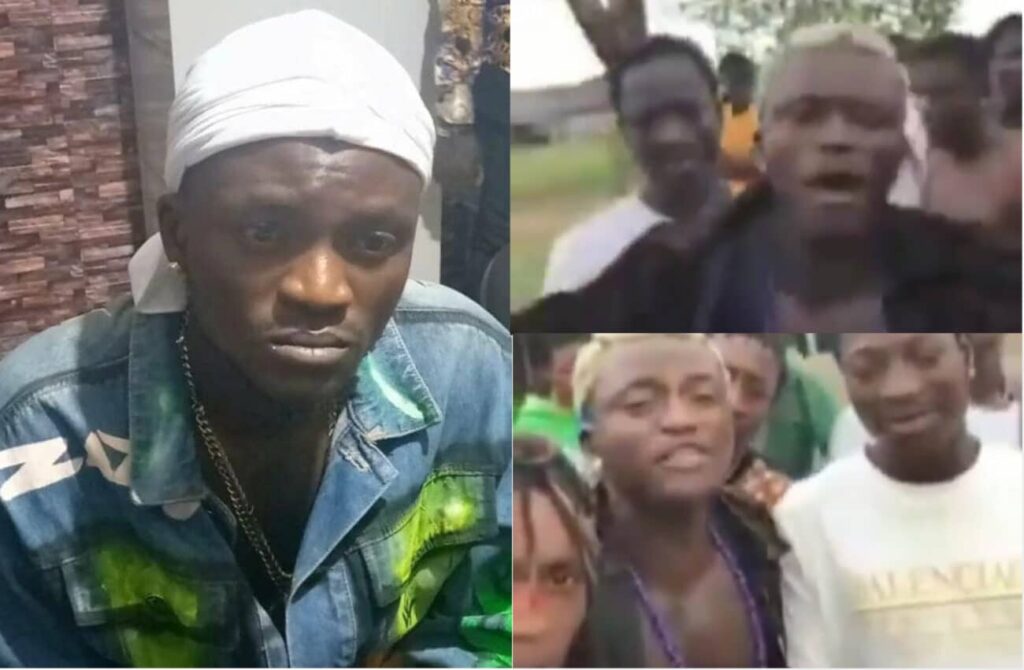 KanyiDaily recalls that Ogun State Command had ordered the singer to report himself at the nearest police station over a video clip circulating on social media, where he was said to have organized some youths to beat up a young man.

In the viral video, Portable was seen asking his gang to mercilessly beat up his former associate, DJ Chicken, who he accused of sending a message to his wife.

Ten days after the incident, the police spokesman in the state, DSP Abimbola Oyeyemi announced in a statement on Thursday that the singer had honoured the invitation.

Oyeyemi said portable was interrogated and was later granted bail after he reported himself at the State Police Headquarters, Eleweran, Abeokuta at about 5pm on Wednesday with his father and manager.

READ:  Ice Prince To Remain In Prison As Court Adjourns His 'Police Assault' Trial Till Oct 24

He said, “The Ogun State Police Command wishes to inform the general public that the hip-hop artist Habib Okikiola a.k.a portable who was requested to report himself at the nearest police station over a viral video where he was seen ordering a group of boys to beat up one boy simply identified as D.J Chicken has reported at the command’s headquarters Eleweran on Wednesday 29th of June 2022.

“The artist reported at Eleweran at about 5pm with his father and manager. He was immediately ordered to be taken to the Public Complain Bureau office by the Commissioner of Police, CP Lanre Bankole, where he was interrogated about his role in the assault meted to the boy in the video.

“However, since the offence committed is a bailable one, and coupled with the strike action embarked upon by the civil servants in the state which also affected our courts, the suspect was released to a reliable surety who promised to produce him anytime he is needed.

“Meanwhile, the assaulted victim has also been invited to come and state his own side of the story to enable the command complete her investigation on time.”

KanyiDaily had also reported how Portable was filmed engaging in a street fight barely a few hours after his wedding to baby mama, Omobewaji Oluwaferanmi Ewatomi.

READ:  Simi Begs Her Mum To Block Her On Twitter After Her Mum Revealed Where She Got Her Beautiful Voice