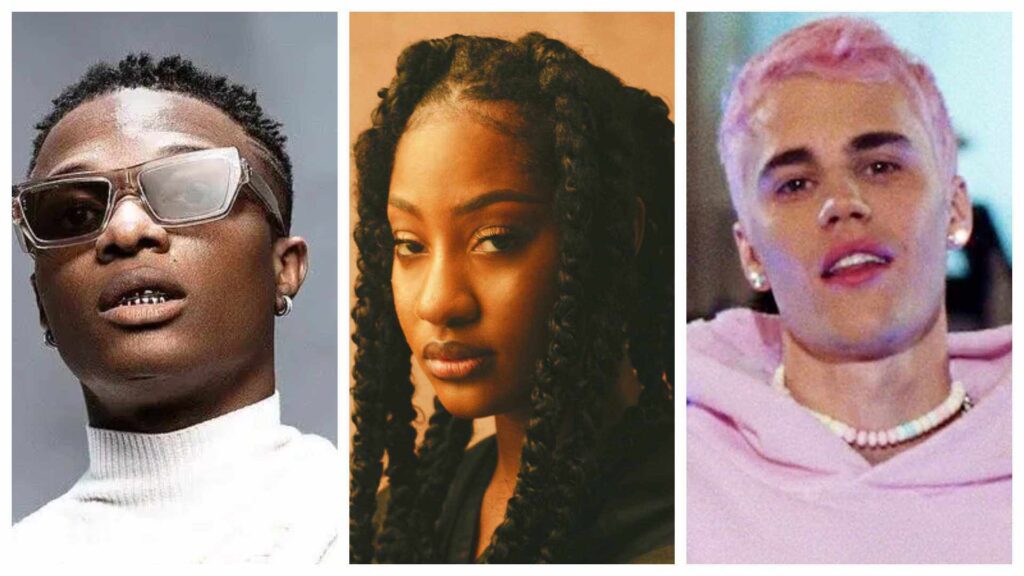 Wizkid released ‘Essence’ in 2020 and the song became a hit after it appeared on global music charts across the globe, but the ‘Essence remix’ that won the award for Best Collaboration is the version that featured Tems and Justin Bieber which was released in 2021.

The record won the award during the 2022 edition of the BET Awards hosted by Academy Award-nominee Taraji P. Henson on Sunday, June 26, at the Microsoft Theater in Los Angeles.

While receiving the award, Tems who was present appreciated the BET Awards said: “Thank you, BET… This award is for really Wiz, Africa, and I just want to say that great thing is happening out of Africa right now and the light is on everyone there… This is dedicated to Africa and to Nigeria. Thank you.”

READ:  "If More Women Were Like Tonto Dikeh, Men Will Start To Have Sense" - Mercy Aigbe

Moments like this make me so extremely proud to be Nigerian. We must celebrate the wins and encourage the next generation to continue to excel and change the narrative! Big ups @temsbaby @wizkidayo @BETAwards #betawards pic.twitter.com/IXY448FFSr

KanyiDaily had earlier reported that Tems also made history as the first Nigerian female artist to win the ‘Best International Act’ category at the 2022 edition of the BET Awards.