Popular singer, Tems has made history as the first Nigerian female artist to win the ‘Best International Act’ category at the 2022 edition of the BET Awards. The 26-year-old Afrobeats songstress won the award during the 2022 edition of the BET Awards hosted by Academy Award-nominee Taraji P. Henson on Sunday, June 26, at the Microsoft Theater in Los Angeles.

She became the first Nigerian woman to grab the award which has been won by six Nigerians including Wizkid, Davido, Burna Boy, Ice Prince, D’banj, and 2Baba.

KanyiDaily recalls that Tems recently made another history after she became the first African artist to debut at No.1 on the Billboard Hot 100 with her feature on “Wait For U” by Future alongside Drake. 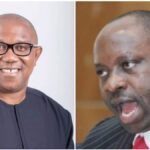 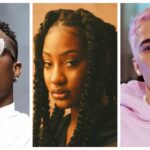