Boris Johnson may resign as British Prime Minister on Thursday after he was abandoned by ministers and his Conservative Party’s lawmakers who said he was no longer fit to govern. 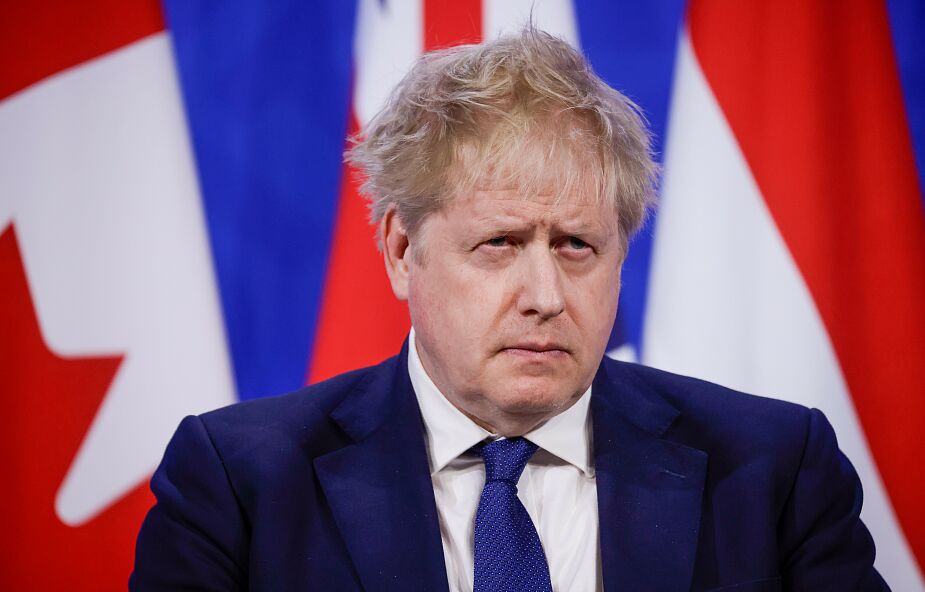 Johnson’s office at 10 Downing Street confirmed that he would “make a statement to the country today,” as the BBC and other British news outlets said he’d agreed to resign.

The Prime Minister was expected to publicly announce his resignation as leader of the Conservative Party later Thursday, but he intends to stay on as prime minister until the fall.

After days of battling for his job, Johnson had been deserted by all but a handful of allies after the latest in a series of scandals broke their willingness to support him.

A former Scottish Conservative leader Ruth Davidson said in a tweet that there was “no way he can stay on until October. It’s arrant nonsense to think he can.”

There's no way he can stay on until October. It's arrant nonsense to think he can. Someone needs to grip this.

Conservative Member of Parliament, Tobias Ellwood  had earlier told the BBC that he was happy that Johnson had “recognized the damage that was being done, not just to the party brand but also our international stock.”

“It should have happened long ago. He was always unfit for office,” opposition Labour Party leader Keir Starmer said Thursday. “He has been responsible for lies, scandal and fraud on an industrial scale. And all those who have been complicit should be utterly ashamed.”

A long series of scandals has engulfed Johnson, the latest involving former government minister Chris Pincher, who recently resigned after being accused of groping two men.

Pincher was appointed as deputy chief whip by Johnson, and the prime minister initially claimed that he did not know about the misconduct allegations against Pincher.

Johnson’s office changed the official account of what the prime minister knew two times over the last week as new information came to light.

Johnson’s resignation will mark the end of his nearly three-year spell as leader of the Conservative Party, and the beginning of the end of his time as prime minister.

Just last month, he narrowly survived a vote of no confidence by his own party. In April, he was fined by police for violating COVID-19 restrictions during Britain’s pandemic lockdown, when he attended parties at his official residence.

Earlier on Thursday – even after more than 50 members of his government had resigned – Johnson appeared to be remaining defiant.

“Frankly … the job of the prime minister in difficult circumstances, when he’s been handed a colossal mandate, is to keep going,” he told the British Parliament’s House of Commons on Wednesday afternoon. “That’s what I’m going to do.”

During that meeting, Johnson was repeatedly criticized and urged by a number of ministers from opposition parties to step down. As the meeting wrapped up, lawmakers could be heard shouting: “Bye, Boris!”

For those members of government who resigned Tuesday and Wednesday, the Pincher scandal appeared to have been the last straw.

Media reports contradicted the initial story conveyed by Johnson’s office, which stated that he didn’t know anything about specific allegations against Pincher.

The prime minister then changed his line and said he had been aware of some allegations, but that they had not amounted to formal complaints.

That was followed by a former senior civil servant alleging publicly that Johnson had been briefed “in person” about a previous formal complaint against Pincher, prompting accusations that Johnson had lied.

Johnson responded by saying he had failed to recall that specific briefing, and that he regretted not acting on the information.

READ:  Federal Government Reveals Why Nigerians Under 40 Are Restricted From Entering UAE

Johnson’s tenure as prime minister will likely be remembered most for his ushering of Britain’s contentious “Brexit” from the European Union, a cause he had championed and campaigned for since the last few months in his previous job, as the Mayor of London.

In 2018, however, he resigned from that post over what he claimed was May’s inability to negotiation a Brexit deal with the EU.

About a year later, May herself was forced to resign after members of her own Conservative Party rejected several of her proposed Brexit deals.

Johnson was selected to replace her. It was not until December 2019 that Johnson’s EU Withdrawal Agreement was finally approved by the British Parliament, and the U.K. officially left the European Union the following month.