Gunmen suspected to be bandits have kidnapped four people including  Bello, the Oniku of Iku quarters of Ikare Akoko, Ondo State. 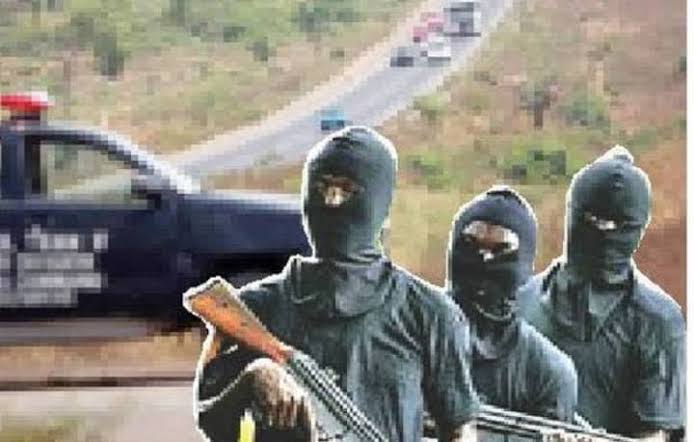 It was gathered that the incident happened on Thursday night when the victims were travelling along Ago Panu axis of Owo-Ikare road, and heading for Akoko area from Akure, the state capital.

Others who were reportedly kidnapped include Yeye Gbafinro, former house of assembly candidate for Akoko north-east constituency; Bashiru Adekile, a community leader, and Adeniran Adeyemo, chieftain of the All Progressives Congress (APC).

A hunter, who served as a vigilante in the area, told newsmen that the driver of the vehicle of the abducted victims was matcheted by the gunmen and now receiving treatment at the Federal Medical center in Owo.

“The driver of the vehicle was stabbed by the gunmen, but we were able to rescue him alone and rushed him to the hospital,” the source said.

“He is there receiving treatment now with wounds all over his body. Sadly, these people (bandits) are still lurking around our forest in Ondo.”

When contacted, Ondo police spokesperson, Funmi Odunlami said she cannot confirm the abduction of the traditional ruler in the state.

Odunlami admitted that a vehicle was attacked by gunmen along Owo-Ikare road on Thursday evening and four persons were kidnapped in the attack.

She said, “We cannot confirm the kidnap of any traditional ruler.

“Yesterday evening, a distress call was put across to one of our divisions that a vehicle while travelling along Owo-Ikare road was shot by unknown gunmen and in the course of the attack, the driver got injured and they whisked away four other persons.

“Currently, we don’t know the identities of those people.”

This comes one week after a police officer identified as Temenu Boluwaji was killed during an attack by gunmen at Okuta Elerinla police station in Akure, Ondo state.