A Cameroonian lady, Raissa Kengne has been arrested at the international terminal at Hartsfield-Jackson International Airport after allegedly killing two people in the United States. 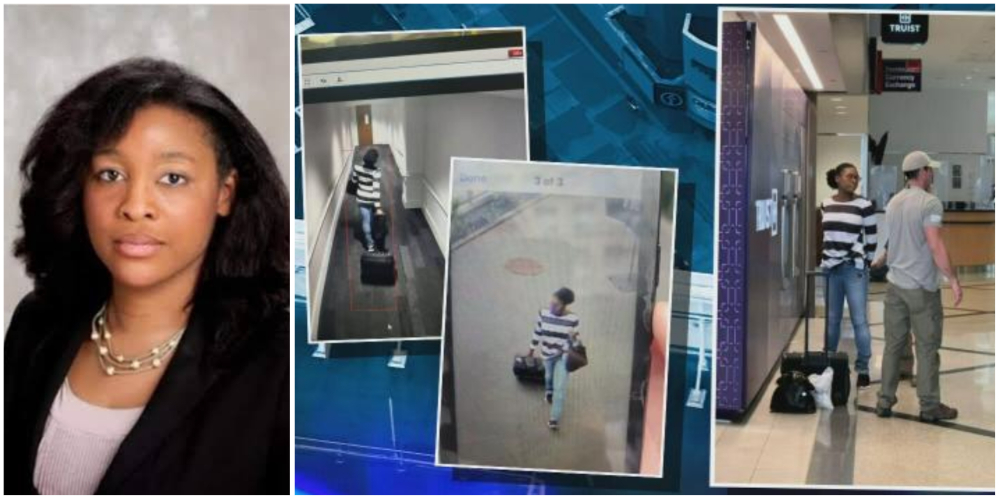 The lady was said to have killed two people and wounded one other person during two separate attacks at Atlanta Midtown locations on Monday afternoon.

Kengne, an information security manager who appears to have named two of the victims in a string of social media posts and a lawsuit alleging a conspiracy against her.

Officials named the two people who died as Wesley Freeman, 41, and Michael Shinners, 60. Mr Freeman was a longtime employee at Ms Kengne’s former accounting firm, while Mr Shinners was described in her lawsuit as the manager of her apartment complex.

Freeman’s LinkedIn page describes him as an information security auditor who has worked at Ms Kengne’s former employer for nearly 17 years while Shinners is identified in Ms Kengne’s lawsuit as the general manager of her apartment complex at 1280 West Peachtree St.

READ:  Osinachi's Autopsy Report Is Out As Police Transfer Case To Attorney-General’s Office

In a 407-page complaint, Ms Kengne accuses her former employer of conspiring with her building management company, her neighbours, and her own previous lawyers in order to retaliate against her.

“This case concerns the retaliation, persecution, harassment, intimidation, threats, burglary, computer hacking, phone spoofng, and other attacks the Plaintiff was subjected to upon reporting to the relevant authorities a violation of [various finance laws],” the complaint reads.

Also a week ago, she took to her LinkedIn page, to attack the two victims accusing them of also being the reason she started her own company.

Around 1:46 p.m on Monday, Atlanta police say they received a call reporting a shooting at 1280 W. Peachtree Street, at the corner of 16th Street. Officers arrived at the 40-story 1280 West condo building to find two people shot. Police say one person was dead and another was rushed to an area hospital.

Around 2 p.m, a second 911 call was placed, again reporting a shooting. This time it was at 1100 Peachtree Street. Officers arrived at the Eleven Hundred Peachtree executive office building to find one person injured by apparent gunfire. The victim was also rushed to an area hospital.

READ:  Nothing Will Stop PDP From Taking Over Power From APC In 2023 - Iyorchia Ayu

“The lookout for both of the shooters, we found out quickly, was the same person. It was a female that was matching the same description that was seen in this area.

“That triggered an immediate response from this department as it was indicative of a possible active shooter situation,” said Interim Atlanta Police Chief Darin Schierbaum.

Just after the shooting, Police officers from multiple federal, state, and local agencies descended into the heart of Midtown and an alert was put out asking people to avoid the area as well as residents and workers to shelter in place.

Police quickly received tips from citizens who told them the suspect had entered the Colony Square campus.

“Now, we receiving various tips that gave a possible scenarios that may have been unfolding that the shooter could still be in the area or the shooter could have left the area, and that’s why you saw a city-wide search transpiring,” Chief Schierbaum said.

The search eventually led police to Hartsfield-Jackson Atlanta International Airport where she was caught and arrested in the terminal prior to going through security and had a .9mm Glock pistol in her purse.

“We deployed resources there, both city resources as well as our federal partners. And a short time later, at around 4 o’clock this afternoon, we were able to take into custody the individual we believe shot individuals at both West Peachtree as well as Peachtree Street,” said Chief Schierbaum.

A photo shared online shows the woman, dressed in a very distinct black and white striped shirt and blue jeans, standing handcuffed in front of the Truist Bank ATMs in the South Terminal.

The suspect is expected to appear in court today for her first appearance.

KanyiDaily had also reported how an American lady, Kari Ann O’Rourke was arrested while trying to flee Nigeria after allegedly killing Adebayo Michael Ayomide in a hotel where she lodged in Victoria Island, Lagos State. 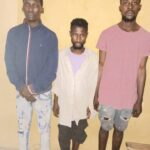 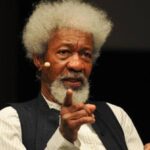