KanyiDaily had reported how a Nigerian man identified as Abdullahi Umar Zarma shared a post on Twitter, revealing that a two-million march has been organized by Obi’s supporters in Kaduna.

Reacting to the tweet on Monday morning, El-Rufai who is of the All Progressives Congress (APC), mocked Obi’s supporters for believing they can mobilize that large number of people in Kaduna

He said Obi will be lucky to get 200 persons in the streets of Kaduna including the “imports” who don’t open shops on Mondays in reference to Igbos following the Monday sit-at-home order issued by the Indigenous Peoples of Biafra (IPOB).

Joining the backlash trailing El-Rufai’s tweet, Charly Boy argued that the governor has no justification to mock Obi’s supporters, citing the challenges confronting in Kaduna.

READ:  RCCG Pastor Paid Us N1.5million To Kill Uwa Omozuwa Because She Was Pregnant For Him - Suspect

The musician, who described El-Rufai as a clannish clown, accused the governor of owing salaries while claiming that Kaduna is now a leading state in terrorism.

Charly Boy also made mention of the Kaduna-Abuja train attack, recounting how some of the hostages are still in the custody of bandits.

“The once upon a time very peaceful state is now a bandit paradise. Many of the victims of the Kaduna train attack dem still hold hostage.

“The only tin (thing) wey dey worry dis (this) clown na the one million march pass by Peter Obi supporters. Nonsense,” he wrote.

KanyiDaily recalls that Peter Obi and Nasir El-Rufai had some runnings in the past after the Kaduna governor described the Anambra ex-governor as a ‘tribal bigot’ for using the Department of State Services (DSS) to detain him in his hotel room in Awka.

READ:  “I Was A Virgin Until I Was 24-Year-Old” – Singer, Flavour Makes Shocking Revelation [Video] 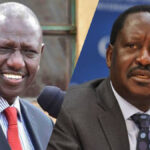 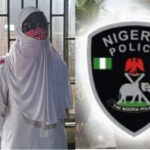