Former Governor of Ekiti State, Ayodele Fayose says the only way to end the ongoing crisis rocking the Peoples Democratic Party (PDP) is to accept the demand made by Rivers State Governor, Nyesom Wike. 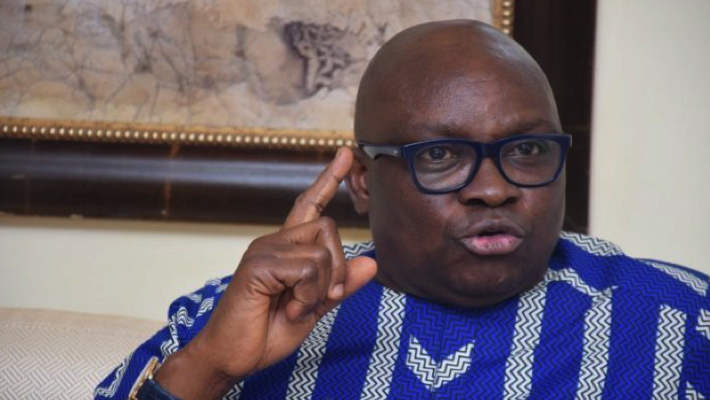 Fayose Speaks On Rift Between Atiku And Wike

Wike has given the resignation of the PDP National Chairman, Iyorchia Ayu, as one of the conditions that must be fulfilled to resolve the crisis rocking the party.

The “Ayu must go” call championed by Wike is based on the allegation of Northern dominance in top positions of the party with the presidential candidate, national chairman, chairman of the Board of Trustees (BoT) and chairman of the PDP Governors’ Forum all coming from the North.

But Ayu has insisted that he will complete his tenure, stressing that he was not bothered by those calling for his resignation because they are ‘children’ who were nowhere to be found when they struggled to form the party.

Speaking on Friday when he was invited by Wike to inaugurate a project in Obuama, Rivers state, Fayose said he believes the PDP crisis would be resolved before the 2023 elections

He, however, called on Atiku’s allies to do the “needful” by accepting the demands of Wike, who he described as PDP’s soul, to ensure they win the presidential election

“There is no living being within this party and outside this party that will not acknowledge your contribution to this party. You are the soul of this party even till now. What you do, how many people do it?

READ:  I Never Asked Nigerians To Vote For Buhari, I Only Posted His Pictures - Dele Momodu

“I believe the needful will be done because winning an election is all that matters. Wike has not come out to say that Atiku Abubakar is not the presidential candidate.

“I was there the second day after the election when our candidate, the former vice-president, visited the house, the residence of governor Wike, and we had mutual conversations. We were all happy. Everything was in place to move forward. I spoke at that meeting, but we don’t want to aggravate this situation.

“I am only appealing to people that matter. In every political party, there would be groupings, the same family, and different interests, but we can do better than we are doing. People around the corridor of power, please allow this candidate to win the election.

“We do not celebrate victory until it is ours. Even in my state, they said that Fayose is Tinubu’s man. Like I said, people were decamping — sitting governors. I did not. Some people believe that you have to destroy your leaders before they can rise.”

KanyiDaily recalls that Nyesom Wike had slammed Iyorchia Ayu for showing “ingratitude” and “arrogance” after he said he won’t resign as PDP chairman.

READ:  "I Am Not Owing Kogi Workers Any Penny" – Gov Yahaya Bello Speaks After Election Victory 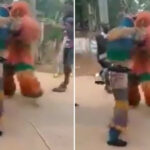 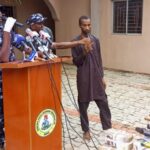