NDLEA State Commander, Tunder John, who paraded the suspects at the command office in Ogwashi-Ukwu, Aniocha South Local Government Area of the state, said the command had shut down 130 drug joints across the state.

According to him, the herbalist was caught at Ugbobi Quarters in Oshimilli North, with 10 grams of cocaine.

He said, “A total of 161 suspects were arrested for drug-related offences and drug dependency including 27 females.

“Codeine has been banned by the Federal Government. Imagine having the small bottles, we have 620.5L, methamphetamine, commonly known as mpulumilli, 316g.

“The hemp mixed with the gin, as the law stands today is a prohibited item, so when you put it or use it in any form you have committed an offence.”

The NDLEA commander said the agency had counselled 78 suspects and rehabilitated 10 users.

He warned against the casual abuse of illegal substances including the combination of alcohol and marijuana commonly referred to as ‘Monkey tail’.

Meanwhile, Kanyi Daily had reported that the NDLEA recently busted a cocaine warehouse in Lagos State and seized N193 billion worth of crack.

It was the singular biggest cocaine seizures in the agency’s history, according to Spokesman of the NDLEA, Femi Babafemi in a statement issued on Monday, September 19. 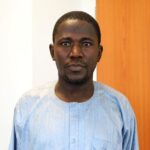 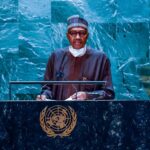