It appears the troubles of Atiku Abubakar, Presidential Candidate of the Peoples Democratic Party (PDP) are far from over after Governor Samuel Ortom of Benue State withdrew his support for him on Tuesday. 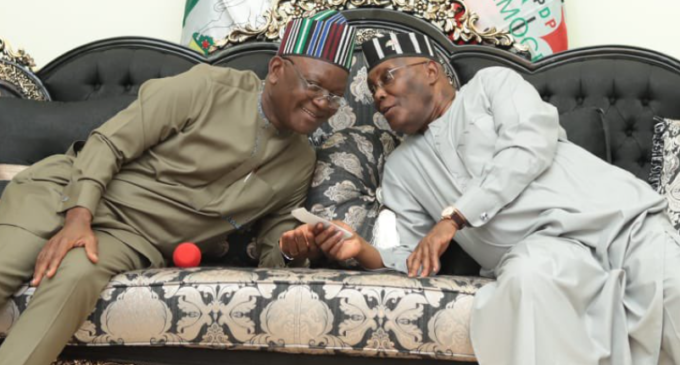 Why Ortom Withdrew Support For Atiku

Ortom accused Atiku of dishonouring him as governor and working against the interest of the Benue people.

The governor’s withdrawal of support came after a group of elder statesmen in Benue, Minda Leaders of Thoughts, also withdrew their support for the PDP presidential candidate over alleged hate speech and profiling of Benue residents.

Ortom appeared to have been enraged over Atiku’s comments on the recent killings by suspected herdsmen in the state.

READ:  I Will Cease To Be A Nigerian If Bola Tinubu Becomes President – Bode George

The Benue governor accused Atiku of working with Miyetti Allah, a herdsmen group with a militant arm.

“It will appear to me that he (Atiku) is working with Miyetti Allah,” Ortom said.

“It was not correct for a presidential candidate who is seeking to rule the people to say that kind of thing,” Ortom said at the Chapel of Grace, Government House, Makurdi.

“It was very wrong. And it would appear that he doesn’t even reference me and consider me to be a governor of my state.”

Ortom also said Atiku had sidelined him in selecting his presidential campaign team.

“I am not in his campaign team,” Ortom said. “The people they appointed there, no consent from me. So I’ll remain on my own. But I’m waiting; when the election comes, we shall vote the election according to the election.”

Ortom, like several other PDP governors, has refused to actively participate in supporting Atiku’s 2023 presidential bid.

The other governors are Nyesom Wike of Rivers, Governor Seyi Makinde of Oyo, and Governor Okezie Ikpeazu of Abia State.

This group of governors, obviously led by Wike, has been calling for the resignation of the PDP national chairman, Iyorchia Ayu.

The group wants Ayu to step down for a Southern candidate to take over, as according to it, the presidential candidate of the party and the national chairman of the party can not come from the same zone – the North.

Atiku is from Adamawa, North East while Ayu is from Benue, North Central.

However, Ayu has indicated he will not step down, at least until after the elections in February.

Meanwhile, Kanyi Daily reported that Ortom denied that he has no hand in working for Ayu’s ouster.

READ:  'Imole' That Starts To Shine From Osun Today, Manifestation Of Recovery From Darkness Of Bad Governance - Atiku 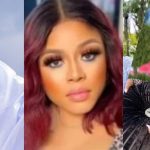 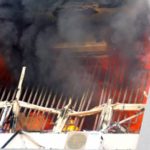