Two suspected robbers met their waterloo as they were set ablaze by a mob on Saturday, October 1, after they robbed a POS attendant at Igando area of Lagos State.

This is just as the police asked the general public ways or how to put a stop to jungle justice.

Hundeyin said the two suspects allegedly robbed the POS attendant, leading to a mob descending on them and set them on fire.

READ:  UPDATE: Why I killed His 2-Year-Old Son And Dumped His Corpse Inside Toilet - Jealous Lover Confesses

According to him, before the police arrived the scene, the mob had fled.

He disclosed that investigation into the case has commenced.

“Yesterday, at Igando, two men allegedly robbed a POS attendant. A mob descended on them and set them ablaze; burnt beyond recognition. Police arrived but the mob had fled. Investigation has commenced. Again, how do we put a stop to this archaic and criminal practice?” he said.

Yesterday, at Igando, two men allegedly robbed a POS attendant. A mob descended on them and set them ablaze; burnt beyond recognition. Police arrived but the mob had fled. Investigation has commenced. Again, how do we put a stop to this archaic and criminal practice?

Below are some of the reactions:

You watch an American movie, and whenever the police arrests a villain, there's joy in the land because they're rest assured justice will be served, but what happens here?
Most of these robbers are given shadow prison time, used by politicians during elections and later released.

Good you asked the question. Whether you’ll acknowledge, collate and use the contribution you’ll get is another thing.

One. Sometime this year, at Ajah, a guy tried snatching a colleague’s car. Led to a massive struggle. Car fell into a…

gutter. Suspect was apprehended and people made to beat him but the colleague rather got the police to come in. Guess what? He paid the medical bills of the suspect. They attempted to extort with all sorts – money to charge the matter, COVID-19 test, etc. He simply let go.

It's actually very simple. Make people trust the police. Prosecute offenders irrespective of connection and status. Do not secretly release high profile or connected criminals in your custody. Jungle justice exists because the public don't trust you.

Then how do you expect Dem to make money if the do their work properly?

Because they're mostly Tinubu boys, they would be freed if left to the Police and would be used to steal ballot boxes in the next elections for their octogenarian commandant.

The Nigerian Police is partisan and therefore, the citizenry does not trust them again.

Amendment of the Criminal Code to state emphatically that every single person caught at a scene of mob action is guilty of manslaughter and a special sentence of 15 years in prison. Make it a 'strict liability' offence-you are present there, you are automatically guilty

The danger is that, knowing our police men, they will abuse this and rope in innocent passersby. The fact is that police usually turn up late to incidents, when most of the original mob would have left the scene 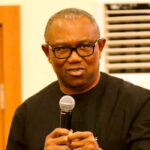 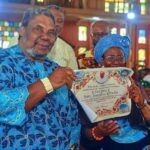