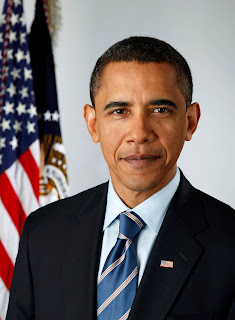 US President Barack Obama condemned Friday the “horrific and cowardly” attack on the UN headquarters in Nigeria and offered America’s condolences to the victims and their families.
“The UN has been working in partnership with the people of Nigeria for more than five decades,” Obama said.

“An attack on Nigerian and international public servants demonstrates the bankruptcy of the ideology that led to this heinous action.”

There was no immediate claim of responsibility, but an Islamist sect known as Boko Haram has been blamed for scores of bombings in recent months.

“I strongly condemn today’s horrific and cowardly attack on the United Nations headquarters building in Abuja, Nigeria, which killed and wounded many innocent civilians from Nigeria and around the world,” Obama said

“The people who serve the United Nations do so with a simple purpose: to try to improve the lives of their neighbors and promote the values on which the UN was founded — dignity, freedom, security, and peace.

“The United States strongly supports the work of the United Nations and its lasting bond with the people of Nigeria, a bond that will only emerge stronger in the wake of this murderous act,” he said.