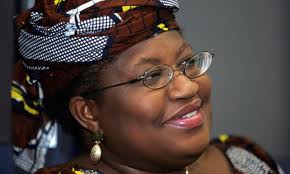 Yesterday,
Sahara Reporters wrote an article on Ngozi Okonjo-Iweala. Find it here.
The minister has seen it and denies the story. She says it’s a smear campaign
and her office has released a response to the story. Read it
below…

This reference to Dr Okonjo-Iweala in this story lacks substance and
credibility. It is based on two sentences in the Wikileaks cable uttered by an
unidentified person alleging that Dr Okonjo-Iweala “steered” contracts worth
$50m contract to her brother for “consulting work” in 2004.

First, the minister has no brother called Jon-Jon, as the alleged
“brother” is identified in the story.

Second, no brother of the minister was awarded any such “consulting”
contract for as alleged.

Third, as Minister of Finance in the Obasanjo government, Dr
Okonjo-Iweala earned a name as a public servant of impeccable integrity who kept
away from contracts and had no interest in dealing with
contractors.
Fourth, this “revelation” obviously refers to a previous allegation
about one of her brothers which was thoroughly investigated and discredited
because it was found to have originated from vested interests. It is shocking
that something that was discredited so long ago is being rehashed.

It would therefore be extremely unwise to give credence to such a
flippant statement by an unknown and unconfirmed source. The story is simply a
“tales by moonlight” account by an unknown source about something that never
happened.

It is also important to note that one of the many reasons Dr
Okonjo-Iweala enjoys such a high standing internationally is the fact that she
has been thoroughly investigated and cleared by the most respected security
agencies in the world.

With Okonjo-Iweala what you see is what you get. Anything else is
fiction.