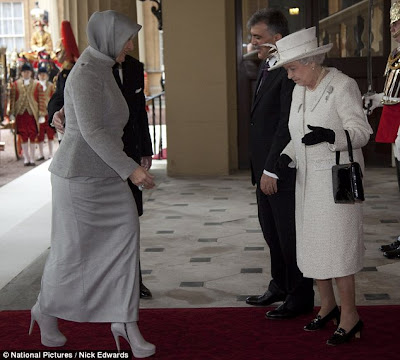 One always hopes one’s guests will be comfortable. But sometimes they don’t do themselves any favours. As
the Queen greeted the first lady of Turkey yesterday, she couldn’t help
an admonishing glance at her guest’s six-inch platform shoes.

Hayrunnisa Gul, wife of Turkey’s president, tottered gingerly on to the
red carpet as she and her husband arrived for lunch at Buckingham
Palace. The Queen, in her usual sensible court shoes, appeared somewhat
taken aback by her glamorous guest’s footwear.

Maybe
she was worried about Mrs Gul tripping up on the carpet. Or fretting
how she would manage all the stairs in the palace, which has few lifts.
No matter. Mrs Gul is something of a stilleto expert. In September she
braved the cobbles at Berlin’s Brandenburg Gate in five-inch heels and
October saw her treading carefully in six-inch platforms at the
presidential palace in Ankara. Continue reading to see more pictures… 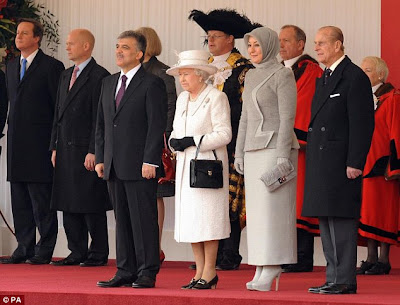 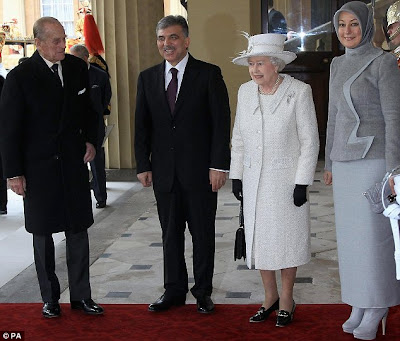 Guys Which One would you Choose Out of These Ladies??