An attempt by a 26-year-old-
suspected suicide bomber to blow up a
church in Ikorodu area of Lagos was
foiled, yesterday, following his arrest.
The development threw residents into
panic as news of alleged infiltration of
the Boko Harm’s sect into Lagos spread.
The suspected suicide bomber later
identified as Olasunkanmi Ismail,
reportedly scaled through the fence into
Methodist Church at Ita-Elewa area of
Ikorodu about 7.30 am.
Suspecting his movement, some curious
neighbours reportedly alerted the
church’s securitymen, who subsequently
apprehended Olasunkanmi, who was
clad in a yellow T-shirt and a black
trouser.
When searched, a can covered with a
paper on which was scribbled ‘open in
case of emergency’ was found in his
pocket.


During interrogation, Ismail, who
claimed he was sent to plant an
explosive on the church’s premises,

refused to disclose the identity of the
sender.
A mob which gathered in front of the
church attempted to lynch him, but was
prevented by the church’s presbyter, Rev.
Mathew Ogunsiji,who invited policemen
from Ikorodu Division.
Men of the Anti-Bomb Squad later arrived
the scene where a search was
conducted round the church’s premises
and the suspect whisked away by
policemen from Ikorodu Division. Rev. Ogusiji said the suspect was found hiding
somewhere near the graveyard, adding
that his attempt to escape was foiled by
the church’s securitymen.
He said: “We were scared when he said
he was sent to plant a bomb in the
church. We then contacted the
Commissioner of Police, who sent a team

of anti-bomb squad to a search the
premises but said they did not discover
any bomb. This has sent a signal to us to
improve on our security system which
we hope to do.” 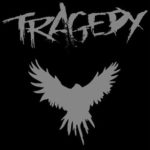