The parents of Xander Vento, a little boy who was forced under the water
while saving another child at a neighborhood pool in Fort Worth, Texas,
earlier this week, says they are taking their son off of life support.

“We’ve
made the extremely difficult decision to remove our precious son Xander
from life support. We send heartfelt thanks to all of you who kept our
family in your thoughts and prayers; we’re appreciative of your love and
support.
We in some way hope our son’s life serves as an
inspiration. He was the angel in the pool who sacrificed himself to save
another. And now he continues to give as an organ donor. We were
blessed to have such a kind and caring boy as Xander who set an example
for all of us and even now he will be saving lives by giving of
himself.”

Xander, 4, held a struggling 3-year-old girl above the water, and
after becoming exhausted, slipped below the water’s surface, the
Associated Press reported. He was found at the bottom of the pool. After
Xander was pulled from the water, rescuers did get a pulse from him, but he was unable to breathe on his own before they loaded him into a helicopter,
the Dallas Morning News reported.

Xander was hospitalized at Cook Children’s Medical center, where he fell into a coma. He had been on life support since Monday.

Adults
were present at the pool during the incident, including an off-duty
nurse who helped rescue the children, according to the Dallas Morning
News. It wasn’t clear where the adults were when the incident happened.

The 3-year-old girl, whose name has not been released, apparently swallowed water but never lost consciousness.

A
fund has been established in Xander’s name to help the family with
medical expenses. Anyone wishing to contribute can do so online at https://www.wepay.com/donations/145080. 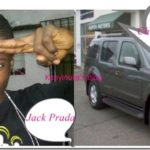