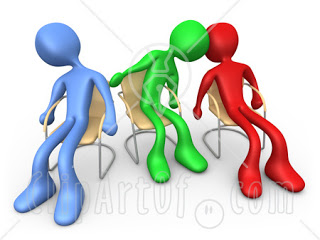 THREE dead bodies were discovered yesterday in a room adjacent to the
Emir palace in Ringim, Ringim local council area in Jigawa state. An
eye witness, Magaji Tambura reported that he stumbled on the corpses in
the morning at about 9.00 am in the house of the son of the Emir of
Ringim, Mohmud Sayyadi (Mazaje).

Tambura told The Guardian that at
about 7:30 am, he went to Mazaje’s house with his co-worker, Auwalu
where they have been laying bricks to complete the remaining work they
started the previous day only to meet the door of the house locked……Continue

He
indicated that they knocked the door for more than two hours but got no
response. However, he said a little girl later opened the door for them
from inside.

Tambura said they went to the Boys-quarters where
they normally packed their working tools only to see three of the boys
still asleep. He said he attempted to wake them up because it was
abnormal for them to still be sleeping at that hour.

“On going
closer, I saw the three of them holding their stomachs with their two
hand and foams were oozing from their mouths. I shouted their names and
lifted their hands, but got no response. Then, I asked the little girl
to go and inform Mazaje, the owner of the house.”

He said he
informed Mazaje of the incidence, who in turn reported to the police.
The police later took the lifeless bodies to the hospital for medical
confirmation.

The deceased, identified as Ali Tajo, Mustapha Murtala and Nasiru Shehu, are all within the age bracket of 25 years.

The
eyewitness said the deceased, who may have died from the effect of the
smoke from the generating set they were using, were also drug addicts.

The corpses were later handed over to their relatives after medical examination for prayers and burial.
The
state command Police Public Relation Officer, ASP Abdu Jinjiri declined
to comment on the matter because detailed report on the incidence was
yet to reach his office.