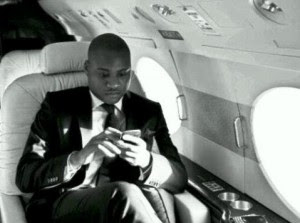 Ladi Delano is one fast young Nigerian because at age 30, he has created a billion dollar investment management company.  How did he begin? His story is one of a restless, jet setting entrepreneur anxious to make it big even in faraway China. At the tender age of 22, Ladi founded Solidarnosc Asia,a Chinese alcoholic beverage company that made Solid XS, a premium brand of vodka. Teaming up with marketing director, Matt Reid, he sought visibility by sponsoring performances from artists such as British DJ Pete Tong and Canadian singer Avril Lavigne, among others. The company waxed from strength to strength, launching a dining and entertainment venue, The Collection. Solid XS, the company’s flagship brand went on to snatch up about 70% market share in China and three other Asian markets and distributed to over 33 cities in China, achieving over US$22 million in revenue…..continue reading

However, with the global economic downturn, Solid XS faced troubled times and eventually had to close down. Clash flow dried up in the company, followed by massive layoffs of staff. The company was eventually sold to investors for about $20 million.Meanwhile, Delano had set up a real estate investment company while running Solid XS, the Delano Reid Group. The company went on to raise over $80 million for real estate investments in mainland China profitting from China’s real estate economic boom. With a penchant for running multiple ventures concurrently, Delano was also a Founding Partner in DRG CIN Energy and Global DRG Capital, providers of global energy solutions along with the Reids who he had collaborated with on his real estate ventures. Headquartered in HongKong and with trading facilities of more than US $3 billion, the company was a player in the Asian oil trading and exploration space. Recognizing the rising opportunities in Africa with its estimated 1 billion people, Delano in December 2011 continued his serial streak by focusing exclusively on Africa with his latest venture, Bakrie Delano Africa. This time, he partnered with Indonesia conglomerate, the Bakrie Group under a joint venture partnership. Through the joint venture, the Bakrie Group would invest about $1 billion over five years in Bakrie Delano Africa (BDA) in areas as diverse as mining, oil & gas and agriculture. The Bakrie Group, a leading player in Asia and owns stakes in PT Bumi Resources, Asia’s largest thermal coal exporter, diversified miner PT Bumi Resources Minerals and other Indonesian firms. Speaking on the formal launch of the joint venture, the group stated, ”With this venture we wish to reiterate not only that Indonesian companies are increasingly more active in shaping the world’s investment landscape, but also that Africa, especially Nigeria, is indeed an attractive investment destination.” In addition to Nigeria, the group will be investing in other countries with attractive investment prospects in sub Saharan Africa.Source 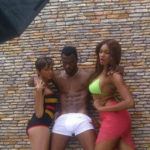