It was a tragic experience for a Delta State top female government official, as she was attacked, beaten and allegedly molestd by three dare-devil men. The incident happened at the victim’s (names withheld) residence in DDPA area of Asaba, the state capital.

It was gathered that the government’s appointee was left in coma after been attacked by a man believed to be her former driver and two others. However, nemesis caught up with the culprits as they are now cooling their feet in police custody….continue reading

But DSP Charles Muka, the Public Relations Officer of the state’s police command maintained he is yet to be briefed on the ugly incident.

An unannounced visit to the victim’s three-bedroom apartment, revealed that the place had been deserted.

Giving an eye-witness account, a close source said, ”On the fateful day, the victim’s driver had reported to duty as usual.

He was soon joined by his predecessor, who had earlier been sacked by the madam. Nobody suspected anything was going on inside the house because of the high fence.

But at about 10 p.m., the two drivers drove out of the compound in the madam’s jeep with 50 litres of fuel and never came back.

Having regained consciousness at about 4 a.m, she struggled and managed to get to her neighbour’s gate to seek assistance. When she knocked at the gate, I peeped through a small hole and found out that she was the one, I opened the gate and discovered she had matchet cuts all over her body.

It was at that point we raised an alarm and rushed her to hospital,” he said. Continuing, he said there was blood stain on the walls in the victim’s apartment, adding that the blood on the floor had congealed.” They broke her head, molestd her and mutilated her body. The plot was to kill her, but God intervened.”

Another source who doubles as a neighbour said that the attackers might have carried out the dastardly act as their own pound of flesh to the victim as she has always been too hostile to her domestic staff.

“Nobody stays here with her. She lives alone. Whenever the driver comes to pick her, he is not allowed to go into the house. He always hangs around the gate. Sometimes, he would sit on that stone and doze off. Her house girl too had to run away because of the way madam maltreated her. There was a day she poured hot water on the girl because of early morning tea,” she said.

However, following a tip-off, security operatives of the state trailed the suspects to Abakiliki, Ebonyi State, where they had gone to dispose of the vehicle and were subsequently arrested 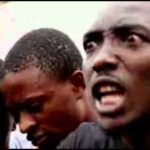 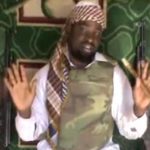