A married mother-of-three became pregnant after having an affair with a schoolboy and his teenage brother at the same time. Claire Louise Roundill, 32, she started by sending the 15-year-old boy naked pictures of herself before driving him to Hessle Foreshore in East Yorkshire to have sex in her car and at the same time, was also having a relationship with his 17 year old brother, and now she dosen’t know which of them is the father of her unborn baby.
She was spared jail yesterday after pleading guilty to sexual activity with a child, supplying cannabis and possession of the drug at Hull Crown Court. The 15-year-old boy told the court how Roundill bombarded him with hundreds of text messages and photographs every day.
He said: ‘She started to chat me up and sent me between 50 to 100 texts every day and she would send six photos a day. ‘She would be in sexy outfits or topless. I now know she took advantage of me. I just want to put it behind me.’
Roundill’s barrister Charlotte Baines said: ‘She accepts when she first had sex with him she did not know he was under the age of consent….Roundhill has also aborted the pregnancy! 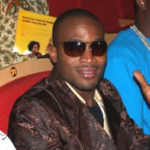