The cause of Selena’s blowout fight with Justin just before New Year’s Eve in Mexico has reportedly been revealed — and it seems to have been Justin’s inability to behave!  When Selena Gomez and Justin Bieber called it quits just before New Year’s Eve while on vacationing in Mexico, we wondered what it could have been that drove the tumultuous couple apart this time. A new report in Star magazine claims that Selena, 20, lost it when she found text from another girl on his phone!
“Selena saw texts from a girl on his phone and flipped out because he promised he’d behave,” an insider tells the magazine. “She flew black alone on Dec. 30.”
As previously reported by Cindy Adams, Selena and Justin, 18, had been staying at El Rancho, a rented mansion in a gated community in Puerto Vallarta, before the fight. During the fight, which took place on the 30th, as well, Justin allegedly was quite nasty to Selena, saying things like, “Don’t let the door hit you on the way out!”
After the fight, they both left the mansion and each checked into separate hotels — Justin made his way to the Four Seasons, while Selena wound up at the Ritz-Carlton. She didn’t stay there long, however. Her mom, Mandy Cornett, reportedly pleaded with her to go, so she did. Justin left a day later, on Dec. 31. 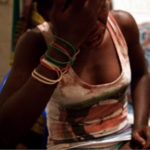 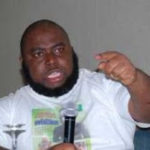