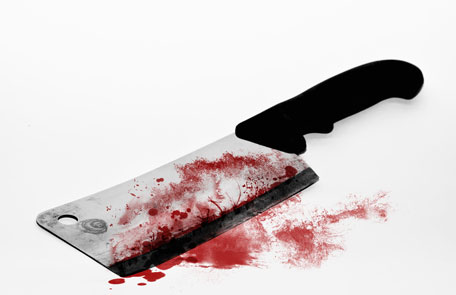 An argument between a middle aged Nigerian woman, Ndidi Emeka Mordi and her husband, Chukwudi Mordi has led to her death as her husband allegedly hacked her with a machete.
Ndidi who lived with her husband in Egbudu-Aka town, Aniocha South Local Government Area of Delta State, allegedly had some disagreement with him the previous night.
Unknown to her however, death was lurking in the corner.The following day, her husband dealt her severe machete cutS and then disappeared to avoid the wrath of the people.
The Public Relations Officer of the Delta State Police Command, ASP Famous Ajieh who confirmed the incident, added that one Sunday Ogbu of Ishiagu, reported the matter to the police.
Ajieh said the police have visited the scene of crime and that the corpse has been deposited at a mortuary for autopsy.
He also confirmed that the suspect was still on the run, and called on natives in the area to assist the command as it intensifies efforts to track down the suspect.
In another development, five-man inter-state car snatching syndicates, including two females, have been nabbed by the police in Asaba.
The two ladies who were earlier arrested by the police with another male member of the gang who drove the Toyota Yaris car with registration number Lagos, MUS 139 BC, led the police to a popular hotel in Asaba where the two kingpins of the gang, where they were waiting for a prospective buyer of the car.
The car was allegedly snatched at gunpoint from the owner at Enugu.
Delta State Police Command’s Public Relations Officer, ASP Famous Ajieh who confirmed the incident, said nemesis caught up with the hoodlums when detectives tracked the car to its location through the tracking device installed in the car.
PM NEWS. 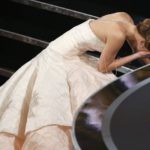