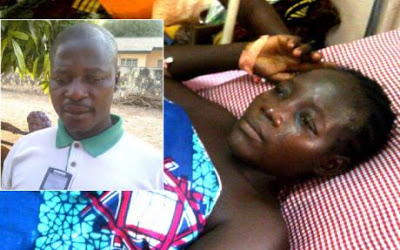 Lucious and Paulina Kanvong had longed to fulfil their dream of having six children when they got married 16 years ago. With five already, the latest addition to the family, is a set of quadruplets. MIDAT JOSEPH met with the family at a hospital in Kaduna.
On a visit to the family at the general hospital in Kaura, Kaduna State, LEADERSHIP Sunday took in the scene in the overcrowded female ward. Patients were lying on their beds with their visitors either sitting by their side or standing. And there they were- Paulina, the new mother of quadruplets and her husband Luscious Kanvong who received our correspondent with a calm, yet sober demeanor.
They had always dreamed of six children
He told the story of how he and his wife had agreed to rest after giving birth to the baby in her womb. When she became pregnant almost nine months ago, they were happy that their dream of adding one more child will soon be fulfilled. But as destiny would have it, they were proven wrong. The expected one baby, miraculously turned to four and today, they are parents of nine children.
“I and my wife had already agreed that after the birth of the baby, we will rest, not knowing that we will have four of them at a go,” he said.
“I didn’t know anything about family planning prior to this time, but now that I know, my wife, by the grace of God, will go for family planning,” he narrated.
Stark Reality
With eleven mouths to feed now, what would have been a moment of joy for them, came with the stark reality of how to cater for them. As a peasant farmer, how can he take care of nine children? He told LEADERSHIP Sunday, “I want government to come to my aid, because I cannot cater for them.
It is God who gave them to me, I cannot run away and leave them, and I’m appealing to government and all well-meaning Nigerians to assist me. The government should please take three of my babies and train them, so that I can take care of one of them with the other five children.”
“I don’t have any reasonable work doing, I’m a poor farmer.” He appealed
Journey To Hospital
“There is no hospital or chemist in our village, except the general hospital in Kaura. After trekking a very far distance, I placed her on bike to the hospital. If God helps these ones to survive, I will not have another child again,” Luscious said.
Still very weak from the delivery, Paulina, the mother of the new babies – two boys and two girls, told LEADERSHIP Sunday “I delivered the children through caesarian section because I went into pre-term labour. The distance between my village and the general hospital is far and without any means of transportation, it was difficult to get here.
We are very close to the hills, so we trek about five kilometres before getting to the main road where we can get a motorcycle. That is how I trek each time I go for ante-natal. In case of an emergency, patients are carried on top of mattresses on the head to the hospital.”
When her water broke, Paulina started draining, realizing she was still per-term, she was worried she may be going into labour. “I told my husband and he said we should go to the hospital and when we got there, after I was checked and put on two drips. I was told that if I am not operated on and the water drains completely, I and the babies may not survive. So I was taken for scanning where it was confirmed I was carrying triplets but in the process of the operation, quadruplets were brought out”.
Paulina said she is happy to be a mother of nine even though they had planned for only six. But since it is God’s wish for them to have nine, “I need assistance, because we cannot cater for them all. Afterwards, I will go for family planning so that I don’t get pregnant again,” she added. 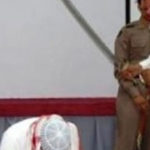 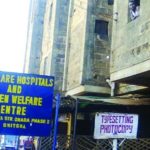