Culled From The Sun

But for the signpost with the inscription, “Multicare Hospital and Women Welfare Centre”, placed in front of the uncompleted two-storey building at the Omagba phase one area of Onitsha, nothing suggests that the occupant is involved in health matters.
From the entrance to the building through the staircase, one is confronted with a blinding smell of drugs and medical wastes. Inside the rooms, the patients sweated profusely on top of creaky beds with torn mattresses. For lack of space, some of them lay on the stretcher, taking infusion by the staircase.
Others writhing in pains from various degrees of injuries, spat intermittently to ward off the stench that pervaded the place. Before his visit to the hospital, Sunday Sun reporter had earlier, from the adjoining street, spotted some persons peeping out from iron rod protectors on the second floor of the building.
It was later gathered that they were patients detained by the owner of the hospital due to their inability to pay their medical bills. Sources stated that some of them have stayed in ‘captivity’ for nearly two years as they seek for ways of settling their bills and regain their freedom.
While in the illegal detention, they survive on pittances thrown up to them by passersby and few others who muster courage to climb up the stairs to offer them something.  To ensure that they do not escape, the Doctor fixed the iron rods on the windows and chained up the apartment with heavy padlocks. Only the nurses in the hospital are allowed to open the padlocks periodically when they want to pick up any medical devices on that floor.  Pretending to be a benefactor who came to see a patient and alleviate the pains of some of those on admission, the reporter mingled with the ‘inmates’ and came out with chilling revelations as some of the patients told their stories.
Caged for life unless God intervenes
One of the detained patients, Afamefuna Mbachu from Umuchu in Aguata Local Government Area of Anambra State told Sunday Sun that he has stayed in the hospital for the past 14 months.  He said it was an accidental discharge from a gun fired by a security man at the old motor spare parts market in neighbouring Obosi town that landed him in the hospital. He said after some weeks of treatment he got better but was given a bill of N297,000 and because he couldn’t offset his medical bill, the doctor said he should relinquish his bed for new patients. Consequently, Afam was transferred upstairs to the awaiting payment detention centre.
He and his colleagues in the same situation beg for alms from the caged iron protectors and they sleep on the bare floor under strict surveillance.  Nnayelugo Chukwuemeka from Aguleri had another pathetic story.  With one hand already amputated, he said he had an accident in Nassarawa state while on a business trip and was brought down to the hospital in July 2012. He said he has an outstanding bill of N130,000 to pay and his family members had so far, made vain efforts to raise the money.
Today, Chukwuemeka sleeps on the bare floor in the hospital waiting for any Good Samaritan to help him go back home. For Nweke Friday, life everyday is an admixture of thanksgiving and pain. He is grateful that God allowed him to live again after a gun attack by armed robbers in October 2011. Though still walking with the aid of crutches, he said he has been sacked from the hospital bed and made to join the detainees since he could not pay his bills.
The details of the bill which he showed Sunday Sun reporter included Admission fee- N1000, Accommodation fee-N25,000, Operation Fee1-N20,000; Operation fee 2-N55,000, Anesthetic fee- N10,000, Drugs-N111,910, Miscellaneous- N12,100, Crutch cast-N6,000 and Lab balance-N385. Total bill-N250,860 less deposit of N50,000. Balance – N200,860.
Another Ikoyi prison
Most of the patients that spoke to Sunday Sun had one complaint or the other about the condition of the hospital. Some complained of high medical bills while others talked about the poor sanitary condition and other facilities in the hospital. One of them who preferred anonymity summarized it thus: “This is more like another Ikoyi prison. The doctor in-charge is an expert indeed in bone-related problems but I’m yet to find out what is wrong with him in the way he handles things. If you look around, you will see what I’m saying. All he knows is to give high bills, yet we can’t see where the money goes. No pillows, no drip stand, no light and no washing of bed sheets.
This environment is so dirty that one is afraid of contracting another disease to the one you are suffering.
“The man gives bills once you stay for two weeks and when you delay after your discharge, he will charge you N950 daily. I’ve seen hell since I came. There are people he gave a bill of about N1million and it took the entire village to settle the bill. We sleep on creaky beds with bedbug-infested foams and sharing of beds is very common. People suffer terribly here because we stay in darkness most of the times while the rooms are so small leading to serious sweating.   Many of the patients would not have preferred to come here but because they were brought in most times, in unconscious state or as emergencies, they had no option.
“A hospital of this nature needs a functional cooling system, a cable television and other related gadgets considering that most medical cases here are orthopaedics that require long term treatment. The detained people here are treated like common criminals. They were many until some church people came during the Christmas and settled a number of bills and some were allowed to go home”, he said.
A cry for help

Meanwhile, one of the discharged patients, Onyinye Chukwujama, who still has the luxury of retaining a bed, though subject to the arrival of a new patient, has cried out to public-spirited individuals for assistance so she could go home to recuperate.
Onyinye said her problem started on October 20, 2012, after a friend’s wedding ceremony. “I was among the bridal train and after the ceremony at St. Stephen’s Anglican Church, along Okosi road in Onitsha inland town, we ran into a gang of kidnappers in a bus. They blocked a man riding on an SUV and wanted to abduct him but the man came out of the car and ran and they fired immediately.
The bullet hit me on the leg and I fell. I was brought here for treatment and the wedding host later brought N20, 000. The doctor discharged me on December 10, 2012 and gave us a bill of N265, 000. We have paid N65, 000 remaining N200, 000 but right now, we don’t have any other means. My father died when I was two years old and my mum is bedridden. Before her sickness, she sold fruits along DMGS roundabout in Awka road, Onitsha. I’ve been told that I would forfeit this bed by this weekend and I don’t know how I will cope because I eat, drink and defecate on the same bed. Those who wish to help Onyinye can do so through her brother’s bank details: Ndubisi Chukwujama, Access Bank Plc, Account number: 0042530170 or reach her on GSM 07062148634.
We render better services –Medical Director
When Sunday Sun took up the issues raised by the patients and their neighbours with the Medical Director of the hospital, Dr. Stephen Ilochi, he denied detaining people in his hospital. He said that they render quality service in the hospital and that people pay according to services rendered to them.
“These are all lies. What do you mean by detention? The fact is that anywhere you treat people with bone problems like teaching hospitals and government orthopaedic hospitals, people spend up to one year in the hospital and naturally, the bill will be higher. So, if such people don’t have money to pay, you give them time to source for it. Is that detention?  Those things they said are fallacies. Right now, we don’t have anybody that has not paid us. The only people we have are two and they are paying by installments.
“Another thing is, somebody that has bone injury and you put iron inside, do you think the bill will be N20,000? So, how do they measure high bill? I asked because I believe that at your level, you should be able to reason properly. It depends on the person’s case. If the person brings his bill record, you can then check whether it’s commensurate with the services.
“Our hospital is well kept. Anybody that needs a hotel room for his treatment can as well pay for that. If they need where they can pay N1,000, I can give them. It is the poor ones that complain and they cannot be fixed where they cannot pay. As for those waiting to complete their bills, I’ve given them discount and they are paying; but if you want to come and help them offset the bill, you are welcome”, he said.
NMA to investigate
Sunday Sun also took up the issues with the State Branch of the Nigerian Medical Association (NMA). The Chairman of the Association, Dr. Marcel Nnoba said that it is the Directorate of Medical Services, Ministry of Health, that constitutes a task force to check abuses in health practice. However, he assured that the association would not hesitate to investigate matters reported to them.
“These days, things are changing because of more awareness. Patients are realizing their rights today and they can even walk up to a doctor and negotiate with him for bills like in cases of surgeries. We don’t support half measures in the practice and we protect the rights and privileges of the patients. This is one of the reasons we are calling on the federal government to pass the National Health Bill into law because we lack a comprehensive package for medical practitioners in Nigeria.
“The bill will take care of quacks and those who exploit people. The NMA has a monitoring team established by the Medical and Dental Council of Nigeria and it is our duty to ensure that medical services are rendered by qualified persons in accordance with our Hippocratic Oath. We visit hospitals and clinics periodically to conduct some checks to ensure that ethical practices are adhered to and shall not hesitate to impose sanctions on any defaulter”, he said. 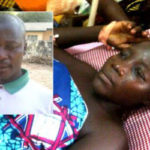 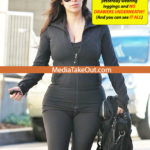