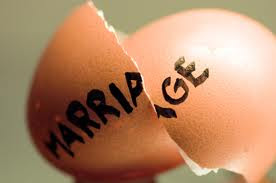 While healing an ailing relationship is usually what we all want, sometimes it’s wise to know when it’s time to let go. Every marriage is different, but there are some universal truths. For example, if one or both partners refuse to put in the effort to save the marriage, it’ll never get fixed. Another factor is time: “The clock starts ticking on the end of a marriage as soon as one spouse puts the [couple’s] problems out in the open,” the lower the odds are that you’ll stay together.” Here, signs your marriage may be beyond repair.
1. Abuse:
Abuse comes in different forms. It can be physical, emotional, verbal, psychological, and in worse cases, a combination of two or more of these types. While women are usually at the receiving end of the abuse, men can be victims, too.
The longer a person stays in an abusive relationship, the harder it is to leave, so it’s best to get out of the marriage as soon as possible. Sometimes, the marriage is so far away from being salvageable that the words and insults slung at each other constitute a mutually abusive relationship. When a relationship hits this point, it’s never going to get better…….
2. You no longer communicate with each other.
No problem in a marriage can be solved without open, honest communication. If you’ve reached a point where all you ever talk about is mundane things, like who needs to buy milk, you’re in trouble, says Dr. Savage. “Lack of personal, intimate exchange in a marriage is a very bad sign, especially if you are talking to others.”
3. You are happy your mate is not around:
If you start feeling on top of the world that your spouse isn’t around, check it.
4. The Kids are The Only Reason to Stay
Having children makes separation or divorce difficult. Aside from one’s personal happiness, there are also other people to consider.
Children in particular have a hard time coping when their parents separate or get a divorce, but if things get really bad in the home, they can also suffer if their parents argue all the time or if they feel that their parents don’t love each other anymore.
If children are the only thing that’s keeping a married couple together, they should consider whether or not separating is best for everyone in the family.
5. You have totally lost respect for each other in the relationship:

One of the most important aspects of a healthy marriage is mutual respect. When that’s gone—when one partner consistently feels dismissed, rejected and condescended to (and the other partner doesn’t see it or refuses to talk through it), you are in a bad place.
6. You or your spouse cheats:
Are you always cheating on your spouse? Or you have an excuse for adultery—she/he is doing same and you are on a revenge mission? Do you flaunt girlfriends in your spouse’ face with a there’s-nothing-you-can-do attitude? You could break up your union.
7. You no longer have sex:

Your bed is cold and you resent the man or woman sleeping next to you? Or have you started sleeping separately in different rooms due to constant quarrels? Then you are on the verge of a separation.
8. You’re no longer a team:

In healthily humming-along marriages, both partners work as a team on everything— from parenting to running the household to supporting each other in career and personal ambitions. But when you start operating on different levels and refused working as one on day-to-day issues, there is trouble in that marriage.
9. You keep an ex-lover as a friend:

Old flames still have embers and don’t quench easily. Before you know what is happening, you are into adultery and that is an enormous hurdle for a marriage to overcome. There is no way you can maintain a ‘healthy’ friendship with a former lover. Mind you, as you encounter problems in your marriage, you tend to think of your former lover, who is now a friend and always a ready-shoulder-to-cry-on.  Thinking of him/her more than your spouse? Trouble looms!
10. You are unyielding in terms of wants and needs:

Marriage is about sacrifices. It’s give and take. It’s all about constant communication. A major part of marriage involves trying to fulfill your partner’s needs while also making sure your own needs are met. But if your partner continually refuses to listen to what you need (time, affection, sex/physical contact, help with children or chores), or refuses to share his own needs, you’re not in a good place.
11. You disagree on the number of children and other issues:

There are many areas of compromise in a marriage, such as who is responsible for dealing with the finances, where you should spend the holidays, how to handle family issues and so on. But if one of you is absolutely sure you want more children and the other categorically refuses, you’re in trouble. Marriage is about two persons walking together in agreement.
12. When Love, Respect and Trust are Lost:

A marriage is built on these three principles. When one goes out of the window, the rest are sure to follow.
This is because they are all intertwined in some way. There are cases when a marriage is still salvageable, if the couple seeks help or does something to repair the damage early, but when it’s gone, it’s gone and staying together isn’t such a good idea anymore.
13. When Counseling and Therapy Doesn’t Work:

Not all couples who seek help in repairing a broken marriage actually get the results they want. There are just some problems that can’t be solved and wounds that take too long to heal.
Sometimes married couples drift so far apart that they don’t recognize each other anymore. When the differences couples have are irreconcilable, then maybe it’s time to say goodbye.
Statistics show that about half of marriages ultimately end in divorce, but despite this disturbing fact, more and more people get married every day.
People get married thinking that the romance and sparks will last forever and then they realize that marriage is not all they expected it to be.
A successful marriage takes a lot of hard work, and if one or both parties aren’t willing to do their part, the marriage will fail faster than the time it took the couple to get married. Before they know it, they are blindsided by the fact that the fairytale life they’ve always dreamed of is over.
The nightmare of a marriage that has just ended can be prevented if both parties do their share of the work and learn how to communicate better. If problems arise, and they definitely will, at least once, in the marriage, it also takes two to work things out and save a marriage in trouble.
Calling it quits is a very serious decision to make and it’s one that only those involved in the marriage can make. It’s important to make sure that nothing can be done anymore before deciding to leave everything behind and start a new life alone. 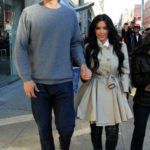