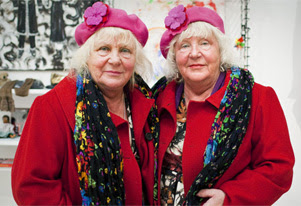 Twin sisters who claim to be Amsterdam’s oldest prostitutes have hung their boots after more than 50 years in the bisiness.
Louise and Martine Fokkens, 70, have decided they are too old after bedding a total of 355,000 men, the mirror reported.
Hmmmm 355,000? Where they keeping a record or what and what meter was used in measuring that thing?

Mum-of-four Louise, said that arthritis now makes some intimate positions “too painful.”
And Martine, who has three children, admits that she finds it hard to attract punters – though one elderly man still has his weekly sadomasochism session.
“I couldn’t give him up. It’s like going to church on a Sunday for him,” she said.
The pair were the subject last year of a documentary ‘Meet The Fokkens’ and they have written a book called ‘The Ladies Of Amsterdam’.
Both, who dress in identical red clothes, became prostitutes before the age of 20 to survive financially after escaping violent relationships.
They now look back on the “golden years” before Holland legalised prostitution in 2000. 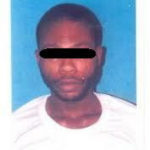