Menu
Saw this interesting article at Brimtime but i beg to disagree. That’s not justifiable reasons to tag your girlfriend ex ashy! See the IMPORTANT signs below: 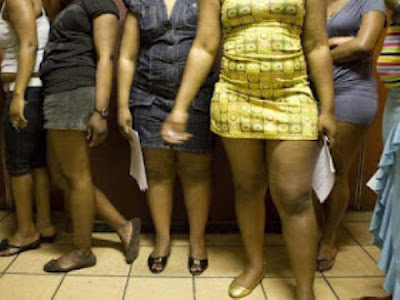 The discussion of past intimate partners can be a topic that is often avoided when starting a new relationship. Women who are open and free-spirited about their sexuality are among us, and while most men say they want a woman with some experience, they don’t want to feel like she’s got more miles on her then his SUV. So, if you’ re getting the feeling that your new girlfriend has been around, here are 5 signs to look for, to determine if the “sweet and innocent” woman you are with used to be the kind of girl guys thought of as a “sure thing.”
1. She’s Unusually Savvy In Bed
Love-making should be good and you do have women that have developed a marvelous sense of their sexual self from only a couple of partners and/or long-term relationships. However, if you’re with a girl and she does a move that is just too good that quality for her may have come as a result of having made more than just a few trips around the bases.
2. She Personally Knows A Lot Of Guys
It’s not unusual for a woman to have a guy friend; however, it is not common to be constantly bumping into guys who your girlfriend knows and has obviously been intimate with. For example, the two of you go out and she says to you, “Hey wait, let me say hi to my friend Greg.” Another set of guys walk in. “Those are my friends John, Matt and Todd. I have to go say hi to them.” Another set walks in and she continues to know all the guys.
The guys appear comfortable speaking to both of you, or know her immediately by her name, or even know her but can’t recall her name for some reason. Their conversation will be short, awkward and painful to experience. As you leave, the guys will look at you in a way that signals “We’ve already had your girl.” Afterwards your girlfriend will swiftly explain that “they’re just old friends” and change the conversation.
3. She Makes Love As If On Auto-Pilot
Have you felt all romantic after a late-night romp with your current girlfriend, but she was left untouched by the experience? If she is too mechanical, the dirty talk is flaccid with phony excitement, she wants to please herself, or please you and then be done with it, or seldom has interest in cuddling or the like, it is a good indication that you are one in a long line and she’s had her fair share.
4. She Knows A Lot About Condoms
It’s a great thing for women to protect themselves. We’re talking about the girls that know just a little too much about condoms and say things like: “That brand has a higher risk of breaking”, or “don’t flush it because condoms clog my toilet.”
5. She Routinely Gets Tested
An obvious sign that she’s been around in the past and has likely been with various partners is that she routinely gets tested for sexually-transmitted diseases.
If you discover that your girlfriend has been around in the past, don’t jump to conclusions. Ask her about the relationships, listen carefully to her tales and decide if there is a double standard in regards to the amount of women that you’ve been with. If she’s has had many partners in the past, but loves you, treats you right and wants to engage in a serious relationship, should it really matter?
Do You Agree With The Writter? 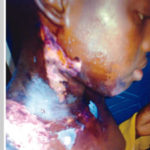