WONDERS, they say will never end. This could best describe the purported spiritual cleansing exercise by an Islamic cleric, Alfa Isiaka, on Nafisat Gafari, an 18-year-old girl in Ibadan.
Crime & Security learnt that Alfa Isiaka had visited the victim’s hairdressing salon shop at Orita-Aperin, Ibadan. On sighting her, Alfa professed that he saw calamities before her and told her that only spiritual deliverance could save her from the impending danger.
Gullibly, Nafisat agreed to follow the Islamic cleric to his house at Oja’ba, where unknown to her, Alfa Isiaka was alleged to have had a carnal knowledge of her while she slept off.
Nafisat, Crime & Security learnt woke up to the reality that someone had slept with her, while according to her, she was unconscious of happenings around her.
Recounting her ordeal at the police station, Nafisat, according to sources, said…..
that the only thing she could remember was that she was given a drink and after consumption, she couldn’t recollect anything until after she woke up to discover that Alfa had allegedly had sex with her.
The victim had since reported at the Mapo police station, Ibadan and is currently under investigation, while the suspect is currently at large. Police sources however, informed Crime & Security that efforts were at advance stage to apprehend the suspect.
When contacted, the Police Public Relations Officer (PPRO), Oyo State Police Command, Deputy Superintendent of Police (DSP) Bisi Ilobanafor, confirmed the story and even expressed worry at the increase in cases of rape these days.
“There is obviously an increase in rape cases these days, apparent of which is the increase in awareness, because victims nowadays come out to report unlike before when we only heard about rape cases, but the victims would be afraid to come out and speak. I don’t think rape victims should be ashamed of speaking out.
Anytime there is a rape or defilement case, the case is always transferred to the State Criminal Investigation Department (SCID) Iyaganku, Ibadan because of the importance attached to it.
In a related development, one Yetunde (Surname witheld), of Ilupeju area, Ibadan, Oyo State, was also raped last week. Olapade, Crime & Security learnt left home in company of her brothers and sisters to watch a masquerade show. While returning, Olapade said some criminals accosted her and dragged her to one corner where three of them raped her and ran away.
All efforts made by the patrol team to arrest the hoodlums proved abortive.
Source: 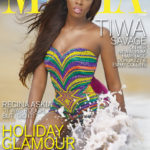 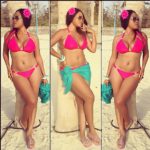