The Joint Action Front (JAF) has accused the government of assassinating former president of the Academic Staff Union of Universities (ASUU), Prof Festus Iyayi who died recently in a motor accident involving the convoy of Kogi State governor.
The group said Iyayi’s killing was master-minded by the government the attack was carried out by expert shooters under the guise of Nigerian Intelligence.
In a statement signed by its president, Comrade Abiodun Aremu, JAF said the death of Iyayi was connected to the on-going ASUU strike, adding that his death was questionable.
According to the group, the Federal Road Safety Commission (FRSC) and the Sole Administrator of the Specialist Hospital, Lokoja, Dr Paul Amodu’s official explanation of Iyayi’s cause of death which they say is due to the accident did not explain did not explain the piercing of his heart by a strange object.
The statement reads in part:
“JAF wishes to alert Nigerians and the international community that Comrade Festus Iyayi was murdered by operatives of the Nigerian state, contrary to the widely reported claims that he died in the bus accident of November 12, 2013 along Lokoja – Abuja road due to the recklessness of the Kogi State governor’s convoy.
“JAF has every reason to believe that the murder of Comrade Iyayi was connected with the on-going Academic Staff Union of Universities (ASUU) strike to compel the federal government to, not only honour the Collective Agreements it reached with it in 2009, but also to make government responsible to adequately fund public education against the dictates of its puppeteers – the IMF and World Bank.
“ We strongly believe that the assassination of Comrade Iyayi was carried out by expert shooters in the cover of the Nigerian Intelligence, reminiscence of the state murder of Dele Giwa in 1986 and Kudirat Abiola in 1996”, the statement said.
JAF added that Iyayi’s death is a wakeup call to all Nigerians to struggle for a better society where people’s lives are respected and preserved. 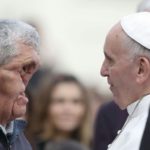 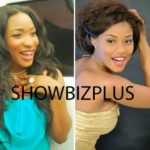