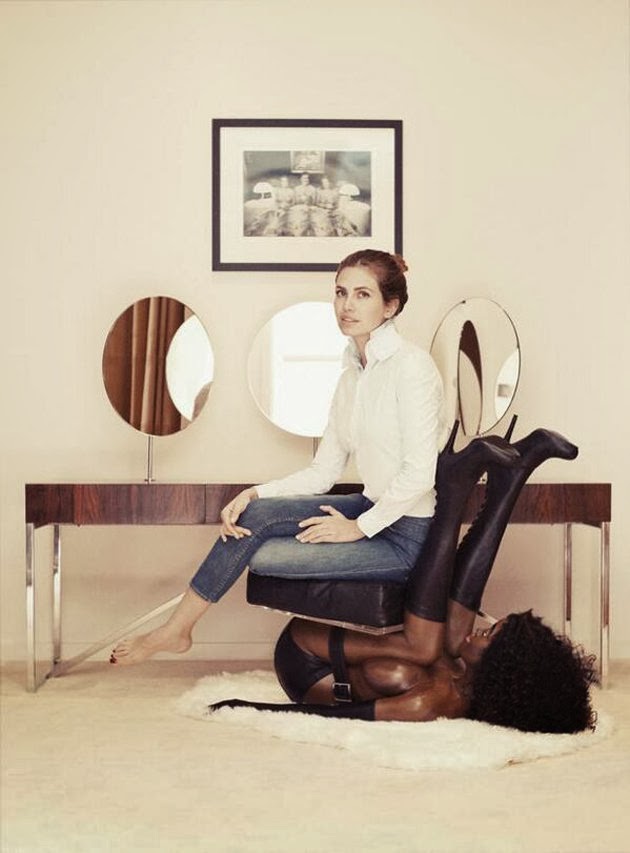 Russian billionaire and Chelsea owner Roman Abramovich’s partner Dasha Zhukova, sparked an internet controversy yesterday which was Martin Luther King Day after a picture of her sitting on a half-naked black woman was published online.
Dasha Zhukova, 32, who has two children with the Chelsea owner, sat on the chair made to resemble a half-naked black woman during a fashion shoot for her new online magazine Garage.
Unfortunately, when the picture was published online, all hell was let loose with most people describing the image as jarring, upsetting and very offensive and very troubling considering the long history of White women partaking in the dismissal and domination of Black women.
A picture of the white chair when you continue….
The crude piece of ‘art’ seems to be inspired by a collection by artist Allen Jones who used White
mannequins styled as strippers as furniture in 1969.
Dasha and her friend who uploaded the picture, Miroslava Duma were immediately bombarded with criticism and very negative comments.
They have since issued apologies and deleted the picture from Instagram. 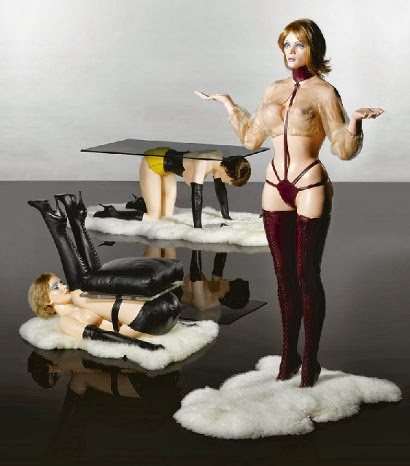 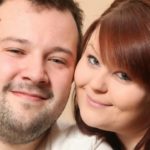