Detectives found him in his 2007 Lexus SUV at Crouse and Putnam roads near his neighborhood at about 5 a.m.
His mother, 51-year-old Joy Ojiabo, was found dead in the 1600 block of Rushing Stream Court; she had been stabbed in the chest, Hopkins said. Joy Ojiabo’s husband, Anya Ojiabo, found her in a room on the second floor, Hopkins said. Her body was taken to the Office of the Chief Examiner in Baltimore for an autopsy.

Investigators had been searching for Ojiabo overnight following after the stabbing, which was reported shortly before 5:30 p.m. Issac Ojiabo Jr. has been charged with first- and second-degree murder and assault with a deadly weapon.
A motive has not been identified, but Hopkins said there is a history of domestic problems at the house. Police were sent to the residence in March for a “verbal family argument,” and in September and December for two alleged fights between mother and son, Hopkins said.
The killing is Harford’s first homicide in 2014. Ojiabo is being held without bail at the Harford County Detention Center in Bel Air. He did not appear for a bail review hearing in Harford County District Court Thursday.
The relatively new Morning Brook Farm neighborhood where the stabbing occurred is off Morse Road and consists of large single family homes. According to state tax records, Isaac Ojiabo Sr. and Joy Ojiabo acquired their 6,100-square-foot home from builder Toll Brothers in November 2007, paying $1,032,847 for the house and one-acre lot. 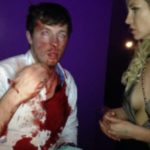 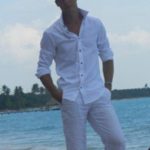