A man who allegedly took a stolen Mustang for a spin through Seattle after downing eight whiskey shots saw his wild ride come to an end when the sports car came to a halt directly across from Seattle Police Department headquarters.

According to the SPD blotter, a drunken man drove the wrong way down a one-way avenue and collided head-on with an Audi. Instead of stopping, the driver flung a bottle of whiskey out of the stolen Mustang’s window and promptly blew through a red light.

Public Affairs Sgt. Sean Whitcomb spotted the damaged Mustang and asked the driver to remain at the scene until patrol officers could arrive.

Whitcomb, who usually works on the SPD blotter, is quoted as saying “please don’t post this” and “get back to work.”

Unfortunately for Whitcomb and the suspect, his request was not honored.

The unnamed man was arrested for hit and run, DUI and investigation of auto theft. 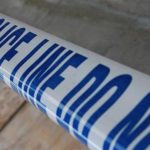 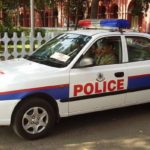