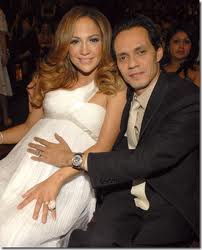 “I’ll
tell you that it wasn’t something sensationalistic happening,” Anthony, 42, said
in a Nightline interview
airing on ABC Thursday at 11:35 p.m. EST. “It was a realization on both our
parts. So, you know, it wasn’t shocking. These things happen. It was a decision
that we made jointly.”

Anthony
denied being unfaithful while married to the American Idol judge, despite
a source telling Us Weekly that he hooked up with a flight attendant he met
aboard a private plane in 2009. Anthony did not address rumors regarding the
nature of his relationship with his HawthoRNe costar Jada Pinkett Smith, though her rep denied they were ever
more than just friends.
Despite
his recent split, Anthony remains optimistic about his future.
“This
is not a funeral. This is not a burial,” the single star said. “This is just two
people who came together and just realized. . . I’m saying that it wasn’t
sustainable the way it was, and that’s that.”
Post-breakup,
Anthony has been hiding out at his home in Long Island, New York, a “haven” he
has dubbed “Casa Marc
Anthony.”
Though
the singer and Lopez, 42, will likely never reconcile, Anthony admits that he
will “always love Jennifer,” the mother of his three-year-old twins..