Search
Menu
Search
A New York woman is in jail because of a shocking confession she made to police authorities.

According to reports, Gabriel Lewis went down to the station to make a report against herself telling officials

“I buried the good girl in me and became a Real Bad B*tch, That’s what they all wanted”

When questioned by police, Lewis then proclaimed,

“My goal was to infect as many as possible”she explained.


The Mother of Lewis came forward to reveal the real reason why her daughter may commits such an act on humanity. She SAID:

My daughter was fiercely raped at the age of 15, By two men while she was at her friend’s house. Six months later, she was tested positive for HIV.

Ever since that incident, her whole demeanor changed. She could not live with herself anymore.

When speaking with Lewis, she said:

“the pain of knowing my fate was unbearable, and i just couldn’t face the world anymore – so as my life became a mess my only joy was to make all men whom i came into contact with pay. The price is death for ruining my life”. 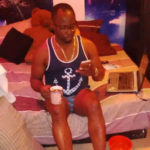 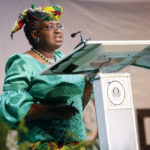