Menu
The erstwhile  leader of Jama’atu Ahl as-Sunnah li-Da’awati wal-Jihad popularly known as Boko Haram,  Abubakar Shekau has released a recorded message a few hours after the news of his successor was made public by ISIS via its magazine. 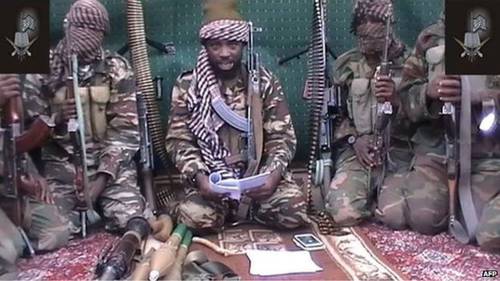 Shekau in a 10-minute 23-second audio message in Arabic and Hausa said he was deceived, but he will never stray from the ideology of the Jama’atu Ahl as-Sunnah li-Da’awati wal-Jihad which he said had a basis in the Quran.

Shekau in the recorded message said nothing would deter the sect from pursuing it’s cause even if they are called ‘kwawarij’ meaning those that opposed arbitration as a means to chose a new leader.

Below is excerpts of Shekau’s  words in Hausa:

“All blessings be to Almighty Allah, and his His Prophet SAW. I am Imam Abubakar Shekau

“The content of my message goes thus. We have heard news going round and attributed to people we had earlier pledge allegiance to. Even though we are not against them base on the message we heard in the world radio but we are still on our ideology.

“We know those we differ with, and I have written on this long ago. All we wrote have been documented with me, some eight pages and some nine pages stating their kind of ideology.

“Because I stated it clear that I am against the principle where someone will dwell in the society with the infidels without making public his opposition or anger against infidels publicly as it is stated in the Quran. Anyone doing such can’t be a real Muslim thick and thin. This is what our ideology proved. And that is where I am, to them, a Muslim can dwell in the society and do his marketing compromising core foundations.

“I want the world to know that we are still holding our ideology and tied with the Quran, we will not derail and will not revolt but will continue to remain in the cause of Allah. Following Prophet SAW is compulsory for us, and we will follow it to the end.

“This is our stand, and we are still in the cause of Jama’atu Ahl as-Sunnah li-Da’awati wal-Jihad and Allah will help us. May Allah strengthen us to remain in this cause.

“In the first place, we sat and I was deceived, they said I should write my ideology to be taken if there is a mistake they will point out and bring back.  They now deceive me, and it is base on some authorities and today I found out that there is one who is following principles of infidel which they want me to follow, and Prophet has stopped us against such. We are still in the cause of Allah and will never depart in the struggle to establish an Islamic caliphate and standing by Islam. We will continue to work for the cause of Allah no going back.

“Anyone that caused this, no problem, if it’s possible may Allah show him the correct path and if it is not so may Allah protect us from his mischief.”

The new Shekau message coming after one year of silence has clearly confirmed the ideological differences and friction in Boko Haram hierarchy and failure to resolve their differences which might have led to the IS declaring Abu Musab al-Banawi as the new leader of the deadly sect.

Authoritative sources have also confirmed that Shekau has been against IS advisors sent to train his fighters, he is also accused of hoarding food, ammunition and recklessly killing Muslims, allegation denied by Shekau in his taped message.

Shekau is said to be high-handed, killing off his fighters under the slightest excuses without recourse to in-depth findings of their misdemeanors, to completely derailthese his adversaries to derail completelyfrom the ideology of the sect as prescribed by the principles of Jihad.

Abu Musab al-Barnawi, the purported new leader according to a famous journalist, Ahmed Halkida who has been following book Haram since its emergence said al-Bernawi is the son of late Mohammed Yusuf, the founder of Boko Haram who was extra-judicially murdered by the Nigerian police in 2009.

As at the time of this report, there is high indication that al-Banarwi will equally reply Shekau with his version of events. Boko Haram continues to hold several high school students kidnapped from Chibok hostage at an unknown destination. 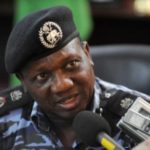 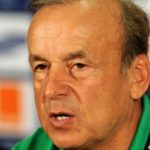