According to a leaked chat shared online, the 33-year-old star whose real names are Thomas Kwamina Eyimofe Duncan was flirting via Instagram direct message with a lady with the handle @queen_wizzy1.

The lady is seen telling Mofe that she will r*pe him black and blue while the actor in return compliments her huge breast.

Queen Wizzy who’s real name is  Zainab is a huge fan of pop star, Wizkid. She recently revealed on social media her intention to someday get married to the father of two.

See a screenshot of the flirty message when you continue…. 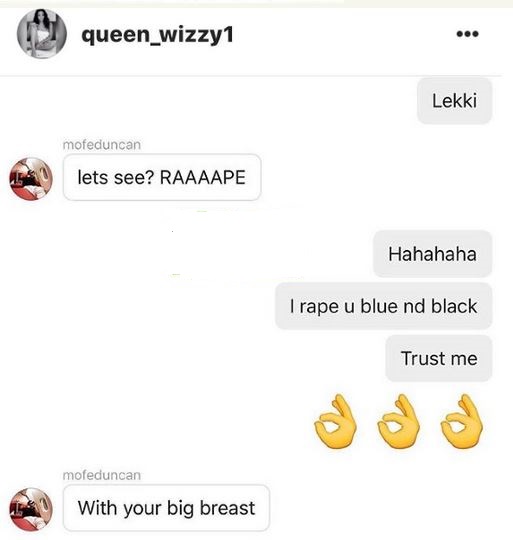 Moments after the chat got released on online, Mofe Duncan and his wife took to Instagram to show support for each other, slamming reports of marital problem between them, as he shared lovely photos of their name tags on wedding cards as they make preparations to mark their first wedding anniversary. 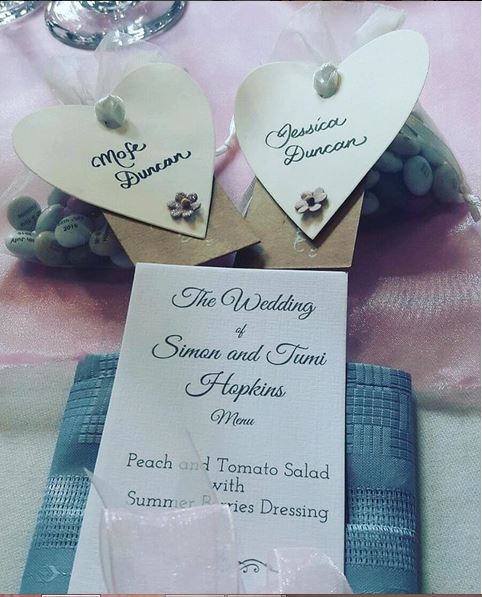 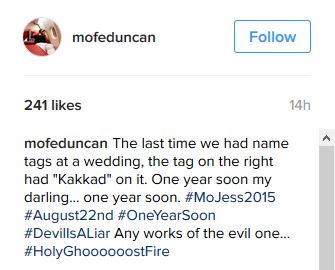 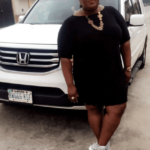 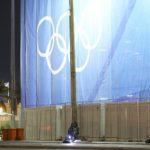