Menu
A man in India spent two months swallowing knives and had 40 of them surgically removed from his stomach, according to the doctor who led the operation. 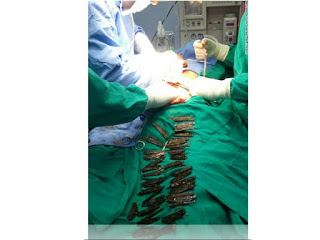 “He had a wild urge to consume metal. Even for us, the experienced surgeons, it was frightening,”

“We were so nervous… a small mistake could have taken the patient’s life. In my 20 years of practice, I have never seen anything like it.”

Malhotra said it took his team about two days to form a diagnosis and surgery plan. The five-hour operation took place Friday in the northern Indian city of Amritsar, a Sikh holy city in the state of Punjab.

Malhotra said they found foldable knives, which when fully extended were about seven inches long.

“He [the patient] says he swallowed some knives folded, and some unfolded. When we took out the knives — some were found folded, some were open, and some had even started rusting and were broken,” Malhotra said.


The patient, a 42-year-old father of two, told CNN he’s feeling much better.

“I’m sorry I let my family down. I’ll be forever thankful to doctors and hospital staff for saving my life,” he said.

Malhotra says the patient is now “out of danger” and is set to be discharged in a couple of days.

He won’t be discharged until he’s cleared by psychiatrists, which is set to happen in a couple of days, two doctors at the hospital told CNN.

But the big question remains — why did he start eating knives?

“I don’t know why I used to swallow knives,” the patient told CNN. “I just enjoyed its taste and I was addicted … how people get addicted to alcohol and other things, my situation was similar.”

Malhotra believes the patient has a very rare mental disorder that most likely has not been published in any international medical journal.

The patient is currently under the continuous supervision of the hospital’s in-house psychiatric team and will soon be visited by independent mental health experts, doctors said.

The patient told doctors that he has no idea why he started eating knives but that he “developed a taste for metal” and “loved the way blades tasted.”

The patient even managed to keep his habit secret from his family, according to Malhotra.

Now, Malhotra says, the patient claims he won’t even touch a knife anymore.

“I will never do such acts ever again,” the patient said. “I’m a new person now.”

If the urge does strike, Malhotra and his team gave him some advice — “we told him if you ever feel like you need more iron in your body, try spinach.” 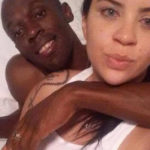 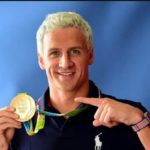