Search
Big time Chinese actor Wang Baoqiang has split from his wife, Ma Rong after he discovered she was sleeping with his agent. 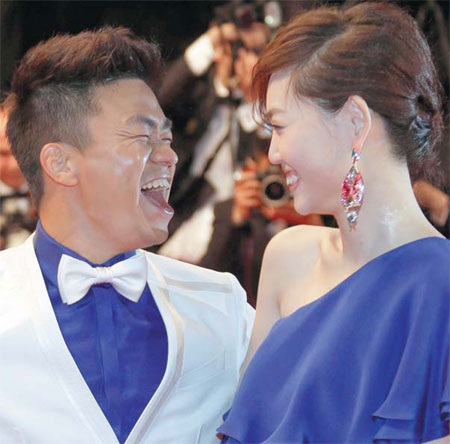 Now while this may be regular news, what sets it apart is this: the actor hit two birds with one stone by divorcing his wife and sacking his agent. Apparently, the marriage came to a halt when the actor found out that his wife had an affair and slept with his agent and also transferred the couple’s joint assets.

The hashtag #WangBaoQiangDivorce is trending in China like never before! The hashtag has been viewed over five billion times and to put things in perspective, China has a population of over one billion. Check out the way people reacted when you continue: 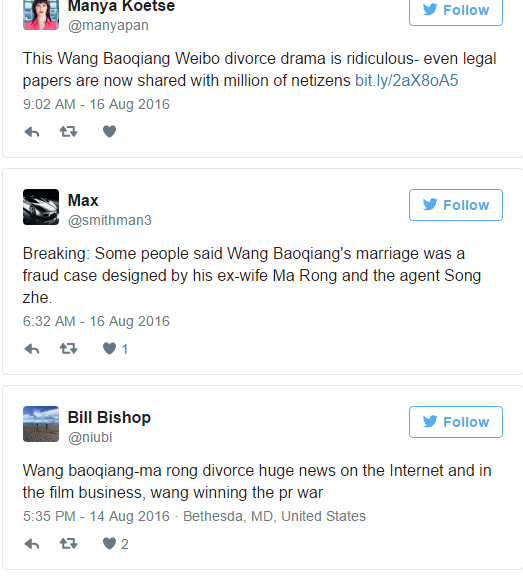 A bitter war of words took place between the couple. Wang posted on social media:

Due to Ma Rong’s improper extramarital sexual relations with my agent Song Zhe, which has severely hurt my marriage and destroyed my family, I have solemnly decided to dissolve my marriage with Ma Rong and release Song Zhe from his position.

Ma responded by saying that it was Wang who had abandoned the family and she further sued him for damaging her reputation.

READ ALSO
VIDEO OF THE DAY: NIGERIA: IT TAKES IDIOTS TO BE RULED BY FOOLS --- PASTOR TUNDE BAKARE