Menu
A man whose wedding was slated for December 2016 is in deep sorrow after his fiancee died in his arms in front of his house after an accident.

Collins Ifeanyi Egbosi and Jennifer Obayi were supposed to wed this Christmas, but in a tragic turn of events, he is now mourning the death of his fiancee who died in his arms, in front of his house last Saturday after a fatal road accident.

He narrated that the bus she boarded had a terrible accident just in front of his house and she bleed to death right in his arms few minutes after the accident. 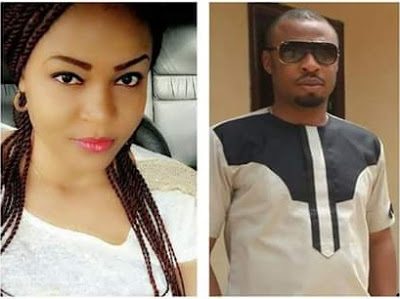 When contacted by blogger, Kemi Filani, Collins gave details of the sad incident.

“Our wedding plans are on top gear. We planned to do every thing by December; Traditional and Church wedding. Then on Saturday, she left school at Unizik, Awka, Anambra State to visit me at Onitsha, within same state, it not up to an hour journey.

“Then the bus she boarded had a terrible accident, just in front of my house and she bled to death right in my arms. She died few minutes after the accident. I still can’t believe My Love is gone forever. She will be buried next Friday. This is so sad! Can I ever live without her??”

Below is how he narrated his heartbreaking story on Facebook; 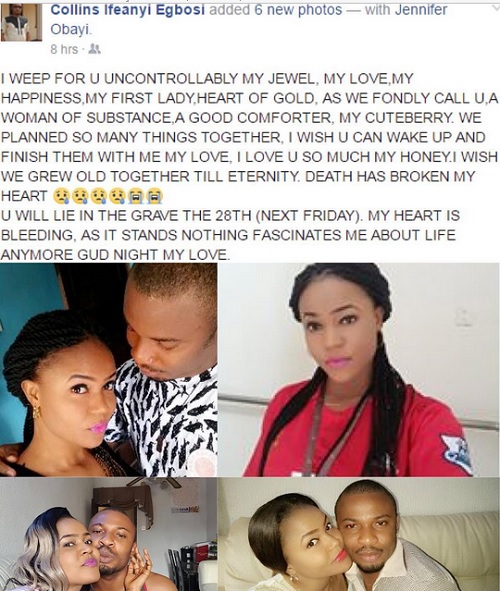 Beautiful girl, may her soul rest in peace! 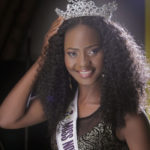 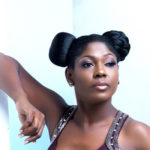