Menu
Justice Sylvester Ngwuta of the Supreme Court has made a shocking revelation of how former Governor of Rivers State, now Minister of Transport, Rotimi Amaechi tried to influence him to pervert justice and rule in the favour of his party in three states on different election cases. 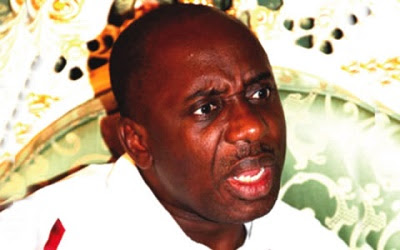 Ngwuta who is among the justices whose houses were recently raided by operatives of the Department of State Service, DSS last two weeks stressed that his ordeal was a function of his refusal at various times, to help the All Progressives Congress, APC, to pervert justice in governorship election disputes involving Ekiti, Rivers and Ebonyi states.

In the letter entitled: “Invasion Of My House In The Night, Planting Of Huge Sums Of Money In Different Currencies, Purported Recovery Of The Money, Carting Away Of My Documents And Other Valuable Items And My Subsequent Abduction By Masked Operatives Of The DSS Between Friday, October 7th And Saturday, October 8th, 2016”, Ngwuta, said Ameachi begged him to facilitate the removal of Governor Ayodele Fayose of Ekiti State.

He further disclosed that shortly after the Supreme Court affirmed the election of Governor Nyesom Wike of Rivers State, Amaechi also called him on phone and said “Oga is not happy”.

It would be recalled that Justice Inyang Okoro had earlier in the week implicated Amaechi and Uwana Uwana, the APC governorship candidate in Akwa Ibom state to have offered him bribe to help decide election cases in their favour. 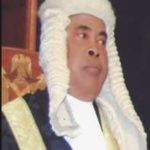 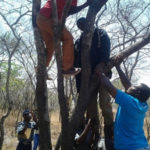