A Nigerian boy who was to be deported from Ireland along with his brother and mother has been allowed to remain in the country after his teachers, student and classmates mounted a campaign against his deportation.

14-year-old Nonso Muojeke of Tullamore College in Ireland, along with his brother Viktor Muojeke and mother Chidiebere Muojeke who were to be deported from Ireland, were granted leave to remain in the country.

Nonso was two-years-old when he arrived in Ireland from Nigeria, with his mother and his older brother, after his father died in 2006. The family applied for asylum, but their application was turned down and a deportation order was issued.

Thanks to the students and teachers of Nonso’s school, Tullamore College, who thinks that the deportation would be unjust since he had spent almost his entire life in Ireland. They staged up an unthinkable campaign for the deportation to be revoked outside the Leinster House and presented a petition to Minister for Justice Charlie Flanagan in an attempt to stop the deportation order, which was issued last June.

The petition presentated to Minister for Justice Charlie Flanagan by his classmates at Tullamore College was signed by 22,000 people online. They also printed posters of Nonso and shared on social media including taking to the streets in Ireland to campaign against the deportation. Speaking through an intermediary the Muojeke family said it was “overwhelmed by the news” and appealed for privacy at this time.

Minister Flanagan has confirmed that the family has been granted leave to remain. The Irish Naturalisation and Immigration Service (INIS) of the Department of Justice and Equality in a statement also confirmed that Nonso Muojeke and his family will be allowed to remain in Ireland.

A statement from the Department of Justice said the Irish Naturalisation and Immigration Service (INIS) had revoked the deportation order following “a detailed reconsideration of the family’s immigration case in light of court proceedings and the receipt of updated submissions from the family in September.

“The reconsideration was completed towards the end of last week with the relevant decision letters having been issued earlier this week.”

Nonso issued a statement on Wednesday evening following the announcement that he and his family had been granted leave to remain in Ireland.

“I would like to thank the Minister [for Justice] for the humane way in which he handled my case. I am very grateful to my friends, my school, the Tullamore community and everyone else who has supported me. I am really looking forward to my future here in Ireland.”

The teenager moved to Ireland with his mother and older brother after his father died in 2007. The family reportedly fled Nigeria because of the ill-treatment Mr. Muojeke’s mother had faced. However, their application for asylum was declined in 2009 and they were served with a deportation order.

Mr. Muojeke’s mother continued to engage with the State through solicitors but the family’s application for humanitarian leave to remain in 2017 was refused.

The family can now legally live and work in the country. 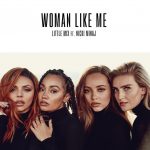 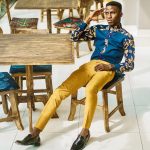