The Peoples Democratic Party (PDP) presidential candidate, Atiku Abubakar has condemned the alleged plot by lawmakers of the All Progressive Congress (APC) to impeach the Governor of Akwa-Ibom state, Udom Emmanuel.

Yesterday, Tuesday, November 27, 2018, five lawmakers who were recently sacked after they defected from PDP to APC, stormed the Akwa Ibom House of Assembly with armed thugs, assumed their seats and started an impeachment process against the state Governor, Udom Emmanuel. Read the report HERE.

In reaction to the threat opposed on Gov Udom by the APC lawmakers, Atiku Abubakar condemned the action and described it as a threat to Nigeria’s democracy. He also called on the Federal Government to deploy security agencies to bring the situation under control.

“The ongoing siege of Akwa Ibom House of Assembly is reprehensible and stands condemned.

“Such action is a threat to democratic institutions and portends grave danger to our democracy. The Federal Government should direct security agencies to rein in these anti-democratic elements and restore peace.”

Governor Udom Emmanuel has also accused the Commissioner of Police, Musa Kimo of working with some of the sacked lawmakers to take over the House of Assembly and Impeach him. Read the report HERE. 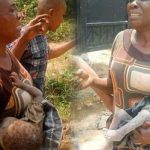 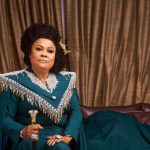