The Deputy National Publicity Secretary of the ruling All Progressives Congress, APC, Yekini Nabena, has said that the presidential candidate of the Peoples Democratic Party PDP, Atiku Abubakar will not fulfill most of his campaign promises to Nigerians especially regarding his pledge to reduce the pump price of fuel to N90 per litre if elected as president.

This is coming following an earlier report where The People Democratic Party (PDP) said its presidential candidate Atiku Abubakar has worked out a pricing template that will immediately crash the pump price of fuel in the country as low as N87. Read the report HERE.

Nabena in a statement Sunday in Abuja warned Nigerians that the promise of reducing fuel price to N90 is just a mere fiction. According to him the promise sounds like a cheap political gist designed to hoodwink unsuspecting voters ahead of the 2019 election.

“A perusal of well-entrenched and verifiable market fundamentals clearly indicates that the promise is virtually anchored on fiction and limited knowledge of the petroleum industry.

“The fact as we speak is that at a petrol cost under-recovery fluctuating between N60-N70 per litre propelled by vaunting crude oil price of around $81 per barrel, the only way the bogus promise could be possible albeit unreasonably, is through the re-introduction of the PDP styled subsidy payment schism which almost bled the nation to death

“It is shocking to note that at a period when the nation is looking ahead to embrace the eventual deregulation of the downstream sub-sector of the oil and gas industry to allow for equitable private sector participation and break the seeming NNPC monopoly of fuel importation, the PDP is plotting a reversal of the spiraling wheel of progress. 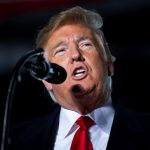 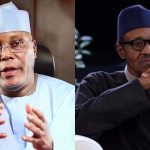