In a video posted online, Sunday alleged that some persons, believed to be assassins, came to their home on the day of the incident and killed the deceased.

”I am not the one that killed him. About four people entered the house that morning. They passed through the front door and opened the kitchen door. Immediately I asked who is that. They blew my face and neck and then started to drag me on the floor. They asked me where was chief? I used to call him Oga. So I asked them who be chief? I told them Chief is inside his room. They said where is his wife? I said his wife had gone out. They told me if I don’t say the truth, they would kill me. They blew me again and immediately I pointed to Chief’s room” 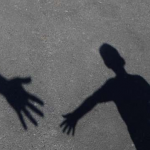 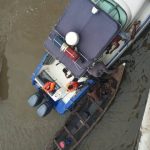