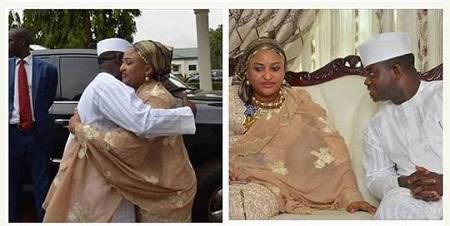 Amina Bello, the wife of the Kogi state Governor, Yahaya Bello, and three other persons has been involved in a car accident along the Obajana-Kabba road on their way to Isanlu for the APC women’s rally on Saturday.

A chopper conveying Vice-President Yemi Osinbajo to a campaign rally in the State, crash landed in the same area last week.

The Governor’s wife and everybody in her entourage were safe and unhurt.

This was confirmed in a statement by Onogwu Muhammed, the Chief Press Secretary to Gov. Yahaya Bello in Lokoja. He said:

He said the state government thanked God for saving the Governor’s wife’s life and those of her aides who all came out unhurt and were in perfect condition.

“In appreciation to God Almighty for His faithfulness to the New Direction family, the Kogi State Government wishes to announce that three aides of Gov. Yahaya Bello and his wife survived an accident this morning.

“The accident occurred around Oshokoshoko village, while on their way to Isanlu for the All Progressives’ Congress women rally but they all came out unhurt.

“The government appreciates God once again, that all those involved are in perfect condition.

“The Governor’s wife’s door-to-door campaign train continues with their rally to the western senatorial district, after a successful two-day outing in Kogi East.” 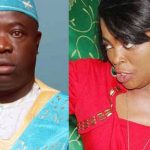