The senatorial candidate of the All Progressives Grand Alliance (APGA) for Imo West senatorial district, Osita Izunaso has accused the State Governor, Rochas Okorocha, of engaging young Hausa men for the thumb-printing of ballot papers ahead of Saturday’s presidential and National Assembly elections.

Osita Izunaso, who is contesting the same senatorial district with Governor Okorocha of the All Progressives Congress (APC), made this allegation through his legal adviser, Prince Orji Nwafor-Orizu, yesterday at a press conference, in Owerri.

According to Nwafor-Orizu, his client, being a law-abiding citizen, has decided to alert the general public on the alleged ongoing thumb-printing of ballot papers, at the Spibat Residence of Governor Okorocha, He added that the Resident Electoral Commissioner, REC, of Imo State, the police and the Department of State Services (DSS) have all been notified of the incident. He said:

“We have evidence from one of the security guards, who is an Hausa man, who has been away since last Saturday, and later called to tell his boss, who is a member of our campaign team that they were at Spibat, where they have been paid to thumb-print ballot papers and that is still ongoing as we speak.

“We have already written to the security agencies and to Imo REC on this matter.”

However, in a swift reaction through a statement released by Okorocha’s Chief Press Secretary, Sam Onwuemeodo, the governor described the allegation as frivolous, adding that Izunaso is not only a frustrated man, but one of the most unpopular and colourless politicians in the state. He said:

“Rochas Okorocha won elections in 2011 and 2015, respectively, through the ballot papers. Osita Izunaso is one of the most unpopular and colourless politicians in the State.

“And he is not an attractive politician to any voter in the State. Governor Okorocha has campaigned in the 12 local governments of Orlu zone.

“Ditto, in all the zones and the state in general for President Muhammadu Buhari and other candidates of APC, but Izunaso has never campaigned anywhere.” 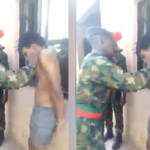 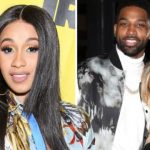